Granger Whitelaw has broken his silence with respect to what he calls "a blight on the new media" namely, Internet Smear Campaigns waged by poison penned vandals under the cloak of anonymity. 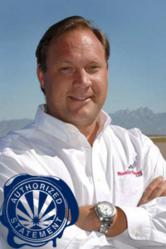 Cyber stalkers focus on harming how the world sees their victim. Unlike victims of traditional stalking, the police and even the courts are extremely limited in their ability to provide remedies to cyber stalking victims.

In an Authorized Statement issued yesterday, Granger Whitelaw offers advice for victims of internet smear campaigns. In doing so he hopes that "victims will realize that they are not alone, and that there is help out there if the know where to look".

Mr. Whitelaw went on to explain how he has first hand experience with people close to him coming under attack, and how for many the law enforcement and judicial systems seem impotent when it comes to providing relief for the victim's turmoil.

The full statement can be read here. {LINK}

About Granger Whitelaw:
Venture capitalist Granger Whitelaw invests in and helps manage technology firms operating in a range of different industries. A talented businessman with an intuition for successful companies, Whitelaw possesses more than two decades of experience in corporate development, marketing, sales, and finance and operations. To date, he has raised upwards of $400 million in capital for early- and mid-state firms. A veteran of the United States Army, Granger Whitelaw served as part of the United Nations Command Honor Guard in South Korea before returning stateside to attend the Carlson School of Management at the University of Minnesota in 1985.