Regular dental checks are now more important than ever after new research linked gum disease to a range of conditions, warn the makers of Eludril mouthwash and Elgydium toothpaste. Recent weeks in particular have seen the publication of new studies associating gingivitis (gum disease) with osteoporosis (loss of bone density), pancreatic cancer and the skin condition psoriasis. 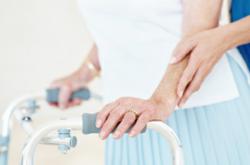 People who have been diagnosed with osteoporosis are recommended to see their dentist for a professional check-up every six months.

Regular dental checks are now more important than ever after new research linked gum disease to a range of conditions, warn the makers of Eludril mouthwash and Elgydium toothpaste.

It follows a steady stream of research over recent years highlighting potential links between gingivitis (gum disease) and serious conditions such as heart disease, strokes, dementia and rheumatoid arthritis.

In the latest studies, researchers found that people with osteoporosis were more likely to suffer from gum disease.

Professor Robin Seymour, emeritus professor of restorative dentistry at Newcastle University, said data from two large studies confirmed that women with a history of periodontitis or osteoporosis were more likely to suffer from “accelerated bone and tooth loss”.

A further study of 49 osteoporosis patients showed that the health of the gums declined significantly over a two-year period.

Further research around the world points to links between gingivitis and other conditions:

The studies highlight the importance of identifying and treating gum disease as soon as possible and taking preventative action, says the team at Eludril and Elgydium.

“Regular dental checks are important if initial signs of gum disease are to be identified early on,” said the spokesperson.

“People who have been diagnosed with osteoporosis are recommended to see their dentist for a professional check-up every six months.”

Symptoms such as bad breath or swelling of the gums are an early indication of gum disease.

Swollen gums can soon become sore and inflamed – pain that could have been avoided if action had been taken at the first opportunity.

Gums that bleed are an obvious indication of gingivitis that has been left undiagnosed and untreated for some time.

Ignoring the warning signs of gingivitis will eventually result in gum recession, leading to loosening of the teeth affected. In worst cases, these teeth may fall out or have to be removed.

For further details about Elgydium and Eludril, please contact Nikki Warner-Green at Ceuta Healthcare on +44 (0)844 243 6661.

Eludril Mouthwash is an antibacterial and analgesic solution which can be used to manage a number of oral health problems.
Its main use is to treat and prevent dental plaque formation and gum disease (gingivitis, also known as periodontitis) by preventing the build-up of bacteria.
Eludril Mouthwash can also be used to maintain oral hygiene in situations where tooth brushing is difficult, for instance, following oral surgery or in physically or mentally handicapped patients.
Eludril can also be used as a disinfectant for the cleansing of removable dentures and in the management of common mouth ulcers and oral candidiasis infections (fungus infections).
Elgydium Anti-Plaque toothpaste is specially formulated for sensitive gums and helps to prevent dental plaque and tartar build-up, the major causes of tooth decay and gum disease.
Elgydium Whitening, Sensitive and Decay Protection are also available as part of the Elgydium range of toothpastes.