At Edebt Financial we can help settle your medical debt without the fear of having to file for bankruptcy! 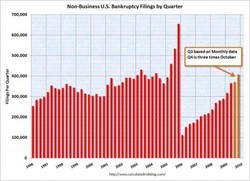 According to CNNhealth.com, medical bills make up more than 60% percent of U.S. bankruptcies!

President Obama’s Health Care Reform Bill passed. Although, final details of the reform bill are still unknown, many Americans are still struggling with an even bigger dilemma; bankruptcy due to medical debt.

Edebt Financial now has the ability to negotiate and settle any existing medical bills that you might have.
Whether you are a few months behind on the payments or even if they have been referred to a collection agency.

According to CNNhealth.com, medical bills make up more than 60% percent of U.S. bankruptcies. Stricter bankruptcy regulations established in 2005 made it harder for most Americans to file bankruptcy and walk away from this burden.

In August 2009, The American Journal of Medicine published a report stating bankruptcies due to medical bills increased by nearly 50 percent in a six year period, from 46 percent in 2001 to 62 percent in 2007.

The issue also stated that most of those who filed for bankruptcy were middle-class homeowners. As medical care continues to grow, many Americans are turning to credit cards to help ease the costs of their already high out of pocket expenses from medical bills.

By 2015, a report from McKinsey Consulting estimates that $150 billion in medical costs will be charged to credit cards.

What most Americans are unaware of, is that unpaid medical debt, besides leading to bankruptcy; could damage credit reports, and collection proceedings could also seize bank accounts, garnish wages and put a lien on homes.