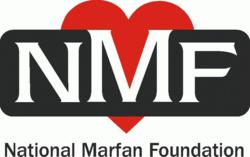 Like all of us at the Foundation, [our honorees] will not rest until we have achieved victory over these conditions – when everyone affected is diagnosed, receives the proper treatment, and lives a long and full life.

The National Marfan Foundation will hold its 13th annual benefit, Heartworks: The Marfan Gala, on April 11at Cipriani 42nd Street. At the gala, the Foundation will honor Dr. Lars Svensson, Director of the Aorta Center, Director of the Marfan Syndrome and Connective Tissue Disorder Clinic, and Director of Quality and Process Improvement in the Department of Thoracic and Cardiovascular Surgery, at Cleveland Clinic, and long-time supporters Scott and Amy Avitabile with 2013 Hero with a Heart Awards.

Mayor Michael Bloomberg, who is honorary chair of Heartworks for the 12th consecutive year, will provide the opening remarks. The corporate host of Heartworks is Karen Murray, President, VF Sportswear. Susan Falco serves as gala chair.

Masters of ceremonies for the event are WNBC-TV’s Jane Hanson and Janice Huff. Entertainment will be provided by Tamara Tunie, who is familiar to television viewers as Medical Examiner Melinda Warner on Law & Order: Special Victims Unit, but she has also acted in, directed, and produced a wide range of film, television and theatrical productions. She starred opposite Denzel Washington on Broadway in Julius Caesar, portrayed Helen of Troy in the Shakespeare in the Park production of Troilus and Cressida, has appeared on hit TV shows ranging from Sex and the City to 24, and was a producer of the Tony Award-winning musical Spring Awakening. Most recently, she produced and directed the feature film See You in September. Ms. Tunie received the Made in New York Award from Mayor Bloomberg in 2005 and serves on the boards of God's Love We Deliver and Figure Skating in Harlem.

Heartworks has raised more than $9 million for the Foundation to date. The proceeds from the event are earmarked for Marfan syndrome research, support for individuals and families affected by the disorder, and public awareness and education.

“Dr. Svensson and Scott and Amy Avitabile are long-time supporters of our Foundation who have shown extraordinary commitment to the fight against Marfan syndrome and related disorders. Like all of us at the Foundation, they will not rest until we have achieved victory over these conditions – when everyone affected is diagnosed, receives the proper treatment, and lives a long and full life,” said Carolyn Levering, NMF President and CEO.

Marfan syndrome is a life-threatening genetic disorder of the body's connective tissue. It affects the heart and blood vessels, the bones and the eyes. Knowing the signs is the key to early and accurate diagnosis and life-saving treatment.

The National Marfan Foundation creates a brighter future for everyone affected by Marfan syndrome and related disorders. We work tirelessly to advance research, serve as a resource for families and healthcare providers, and raise public awareness. Learn more and get involved at Marfan.org.

How To Find Out if You Have Marfan Syndrome