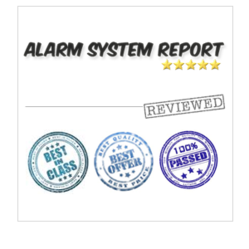 We feel that the equipment needs to be audited as well as the monitoring company. We're in the process of ranking the equipment manufacturers as well and should have a report for consumers shortly.

Recently, AlarmSystemReport.com has decided to employ experts to rate particular home security equipment. These experts will each review a wide variety of systems and equipment manufacturers and will rank them using the same strict ranking methods they use for their company reviews. In fact, equipment that doesn't meet certain requirements won't even be rated at all.

Just like AlarmSystemReport.com's current reviews, the equipment reviews will be easy to read and homeowners will be able to quickly and easily determine whether or not a particular piece of equipment is right for them or not. The reviews will include a broad overview of the equipment as well as a more detailed analysis of each one as well.

Homeowners who would like to know more about a particular piece of technology can switch from reading the equipment reviews to the informational section of the website. The informational section will clear up any confusion the homeowner has about a particular piece of technology and will make it that much easier for the homeowner to make his or her final buying decision.

To read AlarmSystemReport.com's current home alarm system reviews, please visit their website. When you're there, be sure to bookmark it so that you can come back and read the equipment reviews as soon as their released.