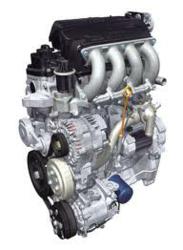 The UsedEngines.co company has recently updated its import warranty protection for its engines.

Honda Del Sol was produced between 1992 and 1998 and imported for sale in the United States. This vehicle was one of the top sellers for Honda aside from the Civic and Integra models. Replacement engines for these vehicles are now sold online from the import inventory at the UsedEngines.co website. This addition of the preowned Honda Del Sol engine is one way that this company is providing more import motor resources to buyers on the Internet. Details about current Honda inventory can be accessed online at http://www.usedengines.co/honda/honda-engines-sale.

Honda has used its VTEC motor technology to improve the horsepower in its four-cylinder engines. This technology was created in the early 1990s and used prominently in the Civic. The 1.5 SOHC edition was used for the first version of the Del Sol until additional upgrades were made. Honda continuously improved the horsepower available in this vehicle series each year until the termination of the production in 1998.

Because these motors are imported, there can be shortages in some states in the U.S. The addition of these motors for sale online is now paired with a lower price point for all sales made on the Internet or by toll-free telephone number.

Import engines typically include warranty protection when produced by automakers. Many preowned vehicles have high mileage that is no longer protected with an OEM warranty. The servicing of used import engines cannot erase the mileage located on the block. The UsedEngines.co company has recently updated its import warranty protection for its engines.

The Honda, Toyota, Isuzu, Kia, Hyundai and other automaker additions in stock are now with two-year warranty protection for applicable motors. There are now no additional charges to customers for extension of this warranty.

The addition of the Del Sol motors to the JDM side of this company makes these engines eligible for the free shipping offer put in place last year. This incentive was created exclusively for Honda engine buyers on the Internet. The free shipping was announced in a news release at http://www.prweb.com/releases/used-honda-engines-sale/jdm-motors-honda-acura/prweb9891323.htm and remains applicable to all sales. Future additions to the Honda engines inventory are expected to be announced by this company before the close of the year.

The UsedEngines.co company discounts the sale of its preowned engine inventory online and through the toll-free company number. This lower than MSRP price structure selected by this company is one incentive put in place since the launch of this company online. The generous warranty protection created and offered by the company management is providing more protection for used engine buyers. The UsedEngines.co company has developed a system for generating pricing online that is now used by customers in the United States and Canada. This quotation system is useful for domestic and import engine quotes.