Two of the biggest honey packers in the United States admitted buying millions of dollars worth of Chinese honey that was falsely labeled, resulting in an increase in the demand for Mohawk Valley Trading Company honey. 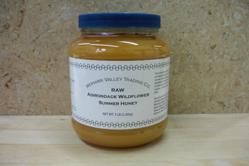 Honey Holding, doing business as Honey Solutions, of Baytown, Texas, and defendant Groeb Farms, Inc., of Onsted, Michigan, two of the largest honey suppliers in the United States, have both entered into deferred prosecution agreements with the government, subject to court approval, with Honey Holding agreeing to pay a $1 million fine and Groeb Farms agreeing to the payment of a $2 million fine. Both companies have agreed to implement corporate compliance programs as part of their respective agreements, according to the United States Attorney Office, Northern District of Illinois (http://www.justice.gov/usao/iln/pr/chicago/2013/pr0220_02.html). The cases are United States v. Douglas A. Murphy and Honey Holding I, 13 CR 138 and United States v. Groeb Farms, Inc., 13 CR 137, United States District Court, Northern District of Illinois.

“In the final analysis" Ross continued "the recent admission of two of the largest honey suppliers in the United States in their involvement in smuggling and mislabeling honey from China is testament to the fact that the only way to guarantee that you are getting pure honey is to buy directly from reputable honey purveyors."