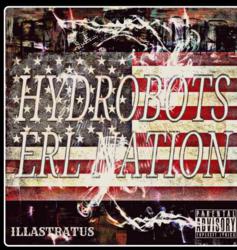 Coast 2 Coast Mixtapes announce the release of the “Out My Face” music video by hip-hop group Hydrobots. The video is now available for view on YouTube. The single is the first release off their upcoming mixtape “ERLnation” which is part of the “Eyes Real Low” mixtape series.

The Hydrobots comprised of members Young Illa, Kay B Marl3y, and Feez hail from Southern California. As huge lovers of hip-hop, they formed the group to pursue their dreams of having a career in the music industry and to make versatile music.

This year the Hydrobots will be releasing several projects including “Eyes Real Low 2,” ERLnation,” and several videos. The single “Imma Dog” hit number one on the Coast 2 Coast Top 50 Radio Chart. The group will be releasing a new music video soon with Epic Los Angeles for the single “Bipolar.” Keep up with all Hydrobots updates by following them on Twitter.