The Global Cyber University in Korea offers unprecedented level of scholarships to all students. The scholarship, offered in honor of the founding spirit of the university, was announced by president Ilchi Lee at a dedication event in Cheonahn City, South Korea. The event also marked the university’s success in another recent endeavor, the opening of the Seoul Academic Center. 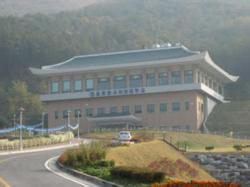 The university’s founding mission is to create graduates who receive the highest quality education grounded in the guiding principle of serving humanity and the earth as their first priority.

In its second successful year, Ilchi Lee, President of the Global Cyber University in Cheonahn City, South Korea announced that all four-year students of the Global Cyber University will receive a fifty percent scholarship for their dedicated work in the fields of Global Business Management, Human Services, and Korean Cultural Studies. The ‘HongIk’ Scholarship is named in honor of the founding spirit of the University, ‘Hong Ik In Gan Ee Hwa Sae Gae’. The phrase, translated from Korean, means ‘people who provide a wide-benefit for the betterment of the world.’ The university’s founding mission is to create graduates who receive the highest quality education grounded in the guiding principle of serving humanity and the earth as their first priority.

This scholarship will not only apply to entry-level students, but also to current students that are enrolled in their second year of education. Lee stated, “Students of Global Cyber University have a burning passion for study, but many of them are having financial difficulties” as the reason the school is offering the scholarship.

The Global Cyber University had more than the announcement of the Hong Ik Scholarship to celebrate at the event. In December of 2010, they opened the Seoul Academic Center to support offline academic activities. With the opening of the offline academic center, the university was able to secure the status of official cooperation with the International Brain Education Association (IBREA), which is associated with the United Nations Department of Public Information, to support its students' international activities. IBREA is a non-profit international non-governmental organization headquartered in New York City in the US and in Seoul in South Korea.

About the Global Cyber University

The Global Cyber University, http://www.global.ac.kr, is one of 13 online universities in South Korea with official recognition from the Ministry of Education, Science, and Technology as a 4 year undergraduate university that can grant undergraduate degrees. Seeded in 2004, it opened officially in March of 2010 after five years of planning and development.

About Ilchi Lee
Ilchi Lee is the president of the Global Cyber University, creator of Brain Education and founder of Dahn Yoga. He is touching thousands of lives worldwide with his innovative education and healing methods. For more information, visit http://www.ilchi.com.