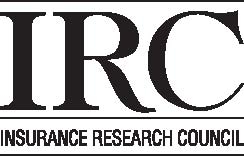 In 2005, the West Virginia State Legislature passed the Third-Party Bad-Faith Act (S.B. 418), eliminating the right of third-party insurance claimants to file lawsuits against another person’s insurance company if the claimant believed the company treated them unfairly in the settlement of their claim. Instead of relying on the courts, claimants were provided an administrative process for filing complaints with the Commissioner of Insurance, who was then responsible for investigating complaints and imposing appropriate fines and penalties where it was determined that an insurer had violated the state’s Unfair Trade Practices Act. The passage of S.B. 418 was widely viewed as a major accomplishment in efforts to improve West Virginia’s litigation environment.

The IRC report, The Impact of Third-Party Bad-Faith Reforms on Automobile Liability Insurance Costs in West Virginia, estimates the impact of S.B. 418 on personal auto bodily injury (BI) liability claim costs. To assess the impact of S.B. 418, IRC calculated BI claim frequency and severity loss trends in West Virginia before and after the reforms were enacted. Frequency and severity trends during the five calendar years (2000-2004) before the year in which reforms were enacted (2005) were compared with trends during the five calendar years following enactment (2006-2010). These “before and after” trends in West Virginia were then compared with countrywide experience for the same coverage and for the same time periods. Using countrywide experience as a control, IRC attributed significant differences between West Virginia and countrywide experience to the reforms enacted in 2005.

“These findings suggest that the reforms enacted in 2005 had a major impact on the incentives insurers and claimants face in the claim settlement process,” said Elizabeth Sprinkel, senior vice president of IRC. “This is important information for legislators to consider when contemplating similar reforms in other states.”

For more detailed information on the study’s methodology and findings, contact David Corum by phone at (484) 831-9046 or by e-mail at corum(at)TheInstitutes(dot)org, or visit IRC’s Web site at http://www.ircweb.org. Copies of the study are available at $140 each (printed copy) or $125 (PDF).

NOTE TO EDITORS: The Insurance Research Council (IRC) is a division of the American Institute For CPCU (The Institutes). The Institutes are an independent, nonprofit organization dedicated to providing educational programs, professional certification, and research for the property-casualty insurance business. IRC provides timely and reliable research to all parties involved in public policy issues affecting insurance companies and their customers. IRC does not lobby or advocate legislative positions. It is supported by leading property-casualty insurance organizations.