Japan is home to the most VoIP users in the world, and to stay better connected to the Land of the Rising Sun, http://thedigest.com announces the best residential VoIP providers for cheap calls to Japan 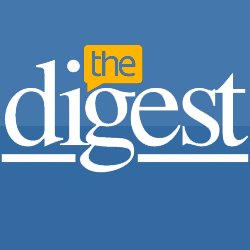 No matter if users are saying “Hello” or “Konnichiwa”, VoIP keeps conversation going longer and cheaper

In a study done by Arbitron Inc., Japan is home to the most VoIP users in the world. Japan’s VoIP users logged into their VoIP accounts an average of 222 times a month, spending an average of six hours and 25 minutes on voice and messaging apps in the month of January.

VoIP is the cheapest phone service out there, with prices nearly half that of traditional phone service. VoIP (Voice over Internet Protocol) is the technology that uses the Internet to transmit phone calls, instead of using expensive telephone wires to transmit calls.

BroadVoice has some of the very best prices and features for international calling. For $24.95/month per user, BroadVoice offer free unlimited calling to 75 countries, including Japan. Most of these countries are accessible by their international mobile numbers as well. Users can also enjoy other useful features like call forwarding and custom ringtones so users never miss an important international call. Three-way calls are also an option so that families from Japan to the US to anywhere else can catch up for a chat.

ITP is best kind of residential VoIP provider: flexible. ITP is a great choice for users who make routine calls to Japan, and for users who call Japan only a few times a year. For $24.99/month per user, users have access to unlimited calling to Japan as well as 60 other countries. If users only need to make international calls a few times a month, they can get the standard package for $9.99/month per user without a yearly contract and make calls to Japan for $0.04/minute to home numbers and $0.17/minute for mobile numbers. ITP also includes a smartphone app so users can call Japan at home or on the go.

Japan and the US may be an ocean and a half day away, but home VoIP keeps families and friends connected for pennies a minute. No matter if users are saying “Hello” or “Konnichiwa”, VoIP keeps conversation going longer and cheaper.