This is the direction many competitors want to drive the television industry toward. Industry Analyst Jeff Kagan is available to speak with reporters, or you may quote him through this release. 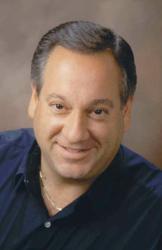 According to eWeek.com and the Investors Business Daily, Verizon is the latest company trying to change the way we pay for television. The purpose is to reduce costs to customers. This idea sounds like it will be beneficial to customers.

“This is good news from the consumer point of view. Verizon is another company getting on the customers side of the argument. Over the last few years we have seen several companies place themselves on the customers side trying to reduce costs. Companies like Time Warner Cable, DirectTV and Verizon see the problem with runaway price increases, year after year and are taking different strategies with the same goal in mind. To reduce costs.” Says Tech Analyst Jeff Kagan. “I expect to see this list of companies continue to grow.”

This is a good idea because as the cable television industry get’s more competition, customers are moving to other companies. As prices continue to escalate, it’s important to update the structure of the industry and the way it charges for programming.

“Verizon is introducing a new idea similar to a la Carte pricing. They propose to monitor what a customer watches and bill them accordingly. What kind of push back will this Verizon idea get from the traditional industry? Quite a bit I would guess. That’s why it’s a great idea for Verizon to put this idea into the marketplace for public discussion. It will turn the pressure up on the cable television industry and perhaps we’ll see a different model which will save customers money.” Says Jeff Kagan.