Fathead®, the number one brand in sports and entertainment graphics, has just launched a 4-image series of the Grammy® nominated recording artists, Jonas Brothers. The life-like images will feature a solo shot of the heartthrobs Joe, Nick, and Kevin. In response to the phenomenal demand for Jonas Brothers, the new collection is available just in time for the holidays. 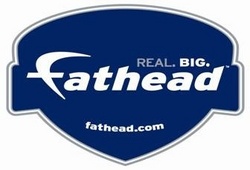 Fans now have the perfect way to bring the brothers into their homes without causing pandemonium.

The Jonas Brothers Fathead series is topped off with a collector's limited edition image of the group, of which only 500 will be produced. Based on the Jonas Brothers' incredible success across multiple platforms, they are the first band to be given the larger than life opportunity of having a collection of Fathead images inspired by their rise to stardom. Jonas Brothers are red hot, having garnered seven Teen Choice Awards™, two MTV Video Music Awards™ and a Kid's Choice Award™, as well as American Music Award® and Billboard® Touring Award nominations, numerous television appearances and massive press coverage.

"Jonas Brothers fans have endless enthusiasm for the band. We have received countless e-mails and phone calls asking about Jonas Brothers and we are happy to have these images ready for the holidays," said Brock Weatherup, CEO, Fathead. "Fans now have the perfect way to bring the brothers into their homes without causing pandemonium."

Fathead images are extraordinary; each image captures the essence and likeness of the character it portrays and comes with additional décor accessories to further transform the room into a magical place. The complete line of Fathead® products including Disney-themed Fatheads can be purchased at http://www.fathead.com or by calling (877)-FATHEAD and at select U.S. retailers. For more information please contact: Brian Stevenson, (734) 386-5911, brianstevenson@fathead.com or Megan Tarsha, (734) 386-5924, megantarsha@fathead.com.

About Fathead LLC: Fathead maintains license agreements with leading brands across industries. Fathead product categories known as Real. Big. Fathead® and Fathead Tradeables™ can be purchased at http://www.fathead.com or at select retailers throughout the United States.