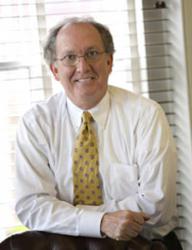 This is our nation’s only conference specifically focusing on the important role property rights plays in individual liberty and the relationship of our civil rights to our property rights. We are excited to bring the Conference to an international stage

The Owners' Counsel of America is pleased to announce that Virginia eminent domain attorney Joseph T. Waldo will take part in the Eighth Annual Brigham-Kanner Property Rights Conference in Beijing, China, October 14-15, 2011. The Brigham-Kanner Property Rights Conference began in 2004 at the William & Mary Law School and is renowned for its outstanding panel discussions assembling members of the bench, bar, and academia. Of the Conference, Mr. Waldo stated, “This is our nation’s only conference specifically focusing on the important role property rights play in individual liberty and the relationship of our civil rights to our property rights. We are excited to bring the Conference to an international stage this year. In light of China’s new property law, it is the ideal venue.”

Each year the Conference awards the Brigham-Kanner Property Rights Prize to an individual whose work has advanced the cause of property rights and contributed to the overall awareness of the important role property rights occupy in the broader scheme of individual liberty. The 2011 Property Rights Prize will be awarded to retired Supreme Court Justice Sandra Day O'Connor. Justice O'Connor served as an associate justice of the United States Supreme Court from 1981 to 2006 and was the first female jurist nominated to the country’s highest court. She authored the widely cited dissenting opinion in Kelo v. City of New London (2005) which has been hailed as a pivotal opinion in American property law jurisprudence.

The 2011 Conference is co-sponsored by Tsinghua University School of Law in Beijing and will take place in conjunction with the university’s 100th anniversary. In its inaugural year abroad, the Conference will bring together legal scholars, judges and attorneys from the United States and China for a comparative review of the evolution of property rights globally. Mr. Waldo, who has been integral in this year’s Conference planning, explained, “We are pleased to have some of America’s finest jurists, scholars, and practitioners participating in this Conference along with their Chinese counterpoints.” He will act as the Moderator of several scheduled panels, including “How Practitioners Shape the Law,” exploring the important role both lawyers and the judiciary play in influencing and shaping property law, as well as “The Future of Property Rights,” in which each of the previous recipients of the Brigham-Kanner Prize will participate along with a number of Chinese scholars.

Mr. Waldo is the President of Waldo & Lyle, P.C., a Norfolk-based law firm dedicated to protecting the private property rights of Virginia landowners. He is also the Virginia member of the Owners' Counsel of America, a national network of condemnation and property rights attorneys who focus their practice upon the representation of property owners facing eminent domain.

A graduate of the University of North Carolina, Chapel Hill, and the William & Mary Law School, Mr. Waldo limits his practice to representing property owners in eminent domain proceedings and defending private property rights throughout Virginia and the District of Columbia. Mr. Waldo lectures extensively on eminent domain law and property rights throughout Virginia and nationally. Additionally, he serves as the Co-Chairman of one of the American Law Institute – American Bar Association's longest-running national conferences, Eminent Domain and Land Valuation Litigation. This annual conference, attended by lawyers, judges, appraisers and right-of-way agents from around the country, has become the go-to forum for the most current updates on the law of eminent domain and the exchange and development of new ideas.

Mr. Waldo’s achievements have been recognized by Virginia Lawyers Weekly “Leaders in the Law” and by Law & Politics as a Virginia Super Lawyer. Additionally, he is named in Woodward/White, Inc.’s The Best Lawyers in America®. Mr. Waldo has served on the Virginia Housing Study Commission on Eminent Domain and the Virginia General Assembly Joint Subcommittee Examining Compensation in Eminent Domain. He was also appointed as a Member of the 1997 Virginia Housing Study Commission Subcommittee on House Bill 2453, the recommendations of which resulted in 1998 legislation that afforded property owners additional rights in condemnation matters initiated by public housing authorities.

ABOUT OWNERS' COUNSEL OF AMERICA:
The Owners’ Counsel of America is a nationwide network of experienced eminent domain attorneys dedicated to protecting the rights of private property owners large and small, locally and nationally, and to advancing the cause of property rights. The lawyers affiliated with Owners’ Counsel are in private practice in nearly every state and represent property owners against federal, state, and local governments, utilities, redevelopment authorities and other entities that may possess the power of eminent domain.