Josh Mosser Produces EP for “Ceasefire”, According to a BWestMusic Spokesperson 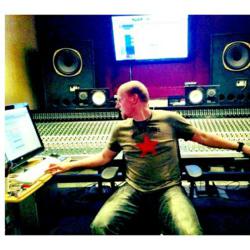 Josh Mosser is currently producing and mixing six new songs by “Ceasefire”, an alternative rock band from Orange County, CA. “Ceasefire” is known for their arresting vocal melodies and crafted guitar hooks, which are described as combined music styles from new wave 80′s and 90′s with modern music.

Josh recently recorded and mixed a song for "Jamie N Commons" entitled "Lead Me Home" for "The Walking Dead" television show and soundtrack. He also engineered "Rumble and Sway" which appears on Jamie's new EP with the same title.

Mosser was the engineer "Imagine Dragons" used for their album "Night Visions" which reached #1 on iTunes and debuted at number 2 on the Billboard 200 in the US. He also mixed "Hear Me" and "Bleeding Out" as well as co-wrote "Radioactive", "Demons" and "Bleeding Out" which appear on “Night Visions”. "Radioactive" has gone Gold in the U.S. and Canada, Platinum in Denmark and 7x Platinum in Norway. Josh also engineered the "Imagine Dragons" song “Ready, Aim, Fire” which appears on the forthcoming “Iron Man 3” soundtrack album.

"Imagine Dragons" continues to get dozens of placements in Film, TV and Video Games including "The Host", "The Words", “Graceland”, "Revolution", "Chicago Fire", Breaking Amish", "Assassin's Creed III", "Defiance", "MLB 13: The Show" and many more.

Some of Mosser's other engineering and/or mixing credits include records by "K'Naan", "Skylar Grey", "Usher", "Scotty McCreery", "Timbaland", "Christina Aguilera" and many other prominent artists.

Josh Mosser in the studio with "Ceasefire"