Justin Timberlake New York concert tickets can be purchased now at TicketTweet.com as tickets are in high demand for the “Legends of the Summer” tour at Yankee Stadium. 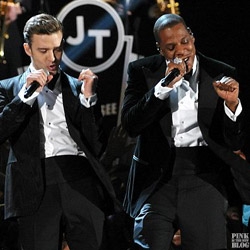 Lock in your Justin Timberlake and Jay-Z Tickets fast to get the best seats at an affordable price.

Justin Timberlake is about to embark on his first tour in six years with a stop at Yankee Stadium in New York on July 19. Tickets for the “Legends of the Summer” tour in New York, featuring rap icon Jay-Z, are on sale now and fans are encouraged to purchase tickets early to get the best seats at an affordable price. Timberlake tickets have been in high demand as tour vendors announce sold out shows across the country. A similar response is expected for his show at Yankee Stadium. A wide variety of Justin Timberlake New York tickets are available now at TicketTweet.com.

Justin Timberlake and Jay-Z will headline in 12 cities throughout North America, kicking off in Toronto at the Rogers Centre on July 17, and wrapping up in Miami Gardens, Florida at Sun Life Stadium on August 16. Other stops on the Justin Timberlake and Jay-Z Tour include: Chicago, IL, San Francisco, CA, Pasadena, CA, Hershey, PA, Detroit, MI, Baltimore, MD, Boston, MA and Philadelphia, PA. Ticket Tweet has tickets available for all Justin Timberlake Tour stops announced to date, including tickets to sold out venues.

Justin Timberlake is known for many number one hits such as “Sexy Back,” “What Goes Around Comes Around,” “Love Stoned,” and most recently "Suit and Tie.” Justin Timberlake's "Suit & Tie," featuring Jay-Z, made a record-setting debut as having the highest first-week plays on Billboard's Pop Songs chart. The pop legend has a total of 6 Grammys and he is far from done, as his third studio album, "The 20/20 Experience," is expected to be released on March 19. In addition to his music career, Timberlake recently finished the film “Inside Llewyn Davis” and has two more movies in the works. Justin Timberlake also was the host and musical guest on “SNL” on March 9, delivering another memorable performance.

Jay-Z has also been very successful in the music industry. The rapper, music and entrepreneur has sold approximately 50 million albums worldwide, and has received 17 Grammy awards for his musical work. In addition, he holds the record for most number one albums by a solo artist on the Billboard 200. Jay-Z is married to superstar Beyonce, who will also be on tour this summer.

About Ticket Tweet: Ticket Tweet is a major source for Concert, Theater, Sports, and Event tickets in the secondary market. As a leader in the secondary ticket market, Ticket Tweet has tickets available now for all shows on the Justin Timberlake Tour, including hard to find Fan Packages and VIP Packages. Ticket Tweet aggregates results from all major ticket source inventories to bring customers the best possible seat choices, and a convenient single point of contact. So don’t wait. Lock in Justin Timberlake tickets now at http://www.TicketTweet.com.

Jay-Z TicketsLegends of the Summer Tour