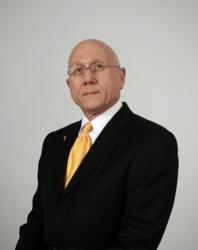 Still, today, 70% of Americans who were alive at the time of the assassination and remember the event believe in the possibility of a conspiracy.

John F Kennedy Assassination Conspiracy is the topic of a book newly in hardcover edition by Mississippi author Dr. Robert M. Shows titled, “A Sentence of Death. Words that Killed a President,” was released electronically on June 2, 2012 and is now available in hardcover (ISBN-10: 0957412614) on Amazon. Lemuria and Barnes and Noble bookstores are expected to stock the hardcover version in the near future.

The topic of the JFK assassination conspiracy has been one of great interest to historians and conspiracy theorists worldwide. In documents made public, there is new evidence to support conspiracy claims. A United States congressional select committee stated that, after review of the most current facts and evidence regarding the John F. Kennedy assassination, a conspiracy was, in fact, in play.

This blend of nonfiction and fiction explores possible conspiracies based on the political and economic climate of the time. Dr. Robert M. Shows helps the reader consider the whos, whats, whens, wheres and hows that support plausible conclusions. Dr. Shows’ work clearly demonstrates how the events before, during and after the Kennedy assassination paint a picture of unreported possible truths.

A Sentence of Death. Words that Killed a President by Dr. Robert Shows is available on Amazon.com electronically and in hardcover.

Robert Shows is a fifth generation Mississippian and has been an author for more than twenty years. Robert is an alumnus of the University of Mississippi, receiving both B.S. and M.D. degrees. He worked as an Emergency Physician and served in the United States Army (NG) - 1st Calvary Division. He lives in Madison, Mississippi with his wife, Janice.