The Las Vegas injury lawyers at the law firm of Bernstein & Poisson is a team of attorneys whose Web site URL can be found at http://www.bernsteinslaw.com. The firm hereby announces that it has filed a Nevada personal injury lawsuit on behalf of an injured client who was allegedly harmed in a car accident. Geico Insurance was named as the defendant in the case. The lawsuit seeks damages that compensate the plaintiff for the losses allegedly incurred as a result of the alleged bad faith practices of the defendant. 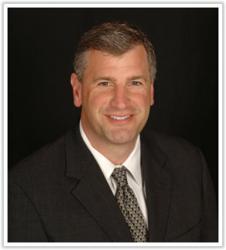 The Las Vegas accident attorneys at Bernstein & Poisson represent clients who have been wrongfully injured...

The Las Vegas accident attorneys at Bernstein & Poisson represent clients who have been wrongfully injured in situations that include car accidents, trucking accidents, motorcycle accidents, slip and fall accidents and other happenings that have led to people suffering harm and incurring losses. The firm hereby announces that it has filed a Nevada personal injury lawsuit on behalf of a client who was allegedly injured in a car accident. The lawsuit named an insurance company as the defendant.

Specifically, this lawsuit was filed in October of 2012 in the District Court of Clark County, Nevada, and it was assigned a case number of A-12-670802-C. The case was assigned to department number 22, and it named Geico Insurance Company as a defendant in the case. The case seeks a recovery for injuries that were allegedly suffered in a crash that occurred in the area and because of the defendant’s alleged refusal to pay a valid claim.

The court documents state that the case concerns a Las Vegas car accident that occurred on that date in which the plaintiff and her husband were hit from behind by another vehicle while they were stopped at an intersection. The other party involved in the accident allegedly did not have sufficient insurance coverage to deal with the damages that were incurred in the crash, which led the plaintiff to file a claim with the defendant insurance company.

Finally, the court documents allege that the defendant insurance company did not act in good faith and therefore breached the covenant of good faith and fair dealing by violations of the provisions of the Unfair Claims practices Act (NRS 686A.310 et seq), violation of which was done with the Defendant’s actual and/or implied knowledge.

The plaintiff seeks a recovery of damages from the defendant insurance company that would compensate her for losses that relate to injuries to her neck and to her back. The court documents also state that the plaintiff is seeking recovery for the attorneys’ fees that have been and will be incurred as the case moves towards completion.

Bernstein & Poisson is a Las Vegas law firm comprised of Las Vegas personal injury lawyers who represent clients who have been injured because of negligent, reckless or intentional actions of others. The attorneys at the firm handle personal injury matters that include bad faith insurance cases, auto accidents, dog bite attacks, premises liability, wrongful death, sexual abuse, nursing home neglect and abuse and several other types of legal matters where a client has been wrongfully injured by the actions of others.