Is the Next Tyler Perry a Latina?

A Latina grosses a million in sales producing Latina plays. 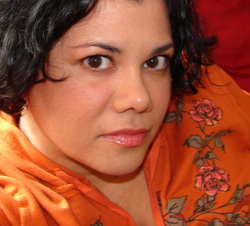 Marketing anything to the Latino market is a challenge because in order to be successful you have to figure out a way to market not only to a diverse group of Latinos, but to mainstream audiences as well.

The curtain keeps rising (PRWEB) November 7, 2007 -Powell. With sold-out performances of her plays on off-

Broadway and across the country, it's no wonder that she was named one of Hispanic Business Magazine's 100 most influential Latinos but now can proving the power of the pen translate to the mighty dollar.

Not only a playwright but a director and producer, Linda Nieves-Powell has perfected the concept of producing successful Latino productions with crossover appeal. Her company, Latino Flavored Productions Inc., has now grossed one million dollars in the last five years performing relevant, inspiring plays about the Latina experience.

Ms. Nieves Powell is the writer of the widely popular and award-winning play YO SOY LATINA! -- a funny and inspiring play that has been hailed by some to be as groundbreaking in Latina issues as Ntosake Shange's "For Colored Girls who have Considered Suicide when the Rainbow wasn't Enuf," was for African American women. YO SOY LATINA!, a play that features six diverse
Latinas in search of their identity, has performed at sold-out performances on off-Broadway and close to 200 colleges in the country, such as Harvard, Columbia, Duke and University of Pennsylvania .

What is this aspiring mogul's secret? Ms. Nieves-Powell says, "I think the Latino community is fed up with drug-dealing, violent gangster stories. Instead they are looking to spend their money on quality entertainment with messages of hope and inspiration."

But Ms. Nieves-Powell says the road to success has not been an easy one, "Marketing anything to the Latino market is a challenge because in order to be successful you have to figure out a way to market not only to a diverse group of Latinos, but to mainstream audiences as well." Ms. Nieves-Powell's formula is easy - be proud of who you are!

Sounds easy but Nieves-Powell knows first hand how ethnic pride is still a problem in the Latino community. This year Ms. Nieves-Powell came under public attack by a well-known Latina novelist for defending the Latina writer label "As I've said before, I have no problem being called a Latina writer because I am a Latina and a writer but I also know I am more than just a label. If we don't accept who we are, how then will we be able to move forward? "

And moving forward is what Nieves-Powell does well. With five plays in repertoire, a new musical in development and a well-endorsed novel entitled "Free Style" being published by Atria/Simon and Schuster in spring 2008, its no surprise that Nieves-Powell is being lauded the next Tyler Perry.

Nieves-Powell's response, "Hey, it's a compliment. It seems that Tyler Perry and I share the same intention, to create quality entertainment with a positive message."