Obamacare Driving Presidential Election to be the Nastiest and Scariest in U.S. History According to Lucid Living™ Seminars

Election season hasn’t really gotten into high gear yet and already the Presidential Election highlighted by Obamacare promises to be one of the nastiest and mean spirited elections yet, creating more fear and panic than usual say's Lucid Living™ Seminars. Lucid Living™ Seminars has some suggestions for dealing with what they consider to be the resulting nastiness, fear and panic. 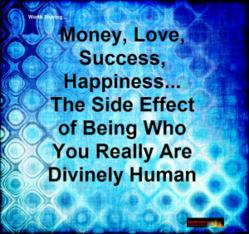 Politics is about blame. While, honesty, accuracy and truth are the road kill. The problem: Politicians are always aware of this; the general public… not so much.

Obamacare… If there was a thermometer that measured people’s political election temperature it would probably be high enough for people to be concerned and want to call the doctor says Dr. Houston Vetter. Whether a Democrat or Republican, conservative or liberal or progressive, it seems politics are at a fever pitch and the nation hasn't even gotten into the heart of the election cycle yet so say's Dr. Houston Vetter. As JOHN HINDERAKER reported on August 12, 2012 in POWERLINE Democrats back off the claim that Mitt Romney was responsible for a woman’s death by cancer.

Quoting John Hinderaker, “Politics is about blame. While, honesty, accuracy and truth are the road kill. The problem: Politicians are always aware of this; the general public… not so much.” The reason politics and religion do not mix is for some, politics is their religion, which means if you don’t believe like me you don’t count.. In the mean time frustration, anger and fear builds up stronger and stronger like a nuclear reactor meltdown waiting for Jane Fonda and Michael Douglas to set things straight, as in the movie, The China Syndrome. Lucid Living™ Seminars believes they have an answer for all the fear worry and dread that has been triggered by Obamacare and the negative election atmosphere.

Obamacare is just the tip of the iceberg that is polarizing this year’s Presidential debate. Polls show an overwhelming majority of the U.S. population, including the healthcare field itself, is not in favor of the Obamacare ruling despite the Supreme Court decision. The hope and change many hoped for changed when they saw some of the things they got. One example, when President Obama was inaugurated gas was $1.70 to $1.90, four years later $3.59 to $4.10.

In an effort to provide support and real hope and change people can depend on regardless of age, sex, race, religion, sexual orientation, liberal or conservative and regardless of which way the election goes, Lucid Living™ Seminars is presenting a new training seminar designed to help struggling individuals get back the sense of safety, self worth and personal power that has been lost and to help neighborhoods in the process. This is healthcare reform on the individual and personal level. Addressing the emotional pain and problems from a cutting edge unique Quantum Physics (Spiritual) perspective makes for quick permanent change. Click Here To Watch The Video.

For more information on Lucid Living™ Seminars and their other offerings, visit http://docloves.me/lucidliving .