According to AmeriSpan, More Studying Arabic in 2011 Than Ever Before

Top study abroad organization, AmeriSpan says more people interested in Arabic courses in 2011 than ever before. The company notes that interest in learning Arabic is being driven by the growing economic and cultural influence of the Middle East and Muslim world. 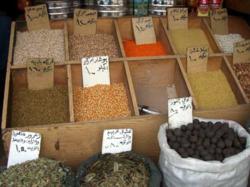 Over the last few years, we have seen interest in Arabic schools skyrocket. The job opportunities are countless for people with firsthand knowledge of the culture, the language and the people.

AmeriSpan Study Abroad, a company specializing in international education, notes that many more people have decided to learn Arabic in Jordan, Egypt and other Middle Eastern countries because they recognize its importance. The economic, political and cultural influence of the Middle East and the Muslim World has grown in the past decade. Participating in an Arabic Immersion program offers the student the chance to learn the culture and the language.

Recent world events have begun a domino effect of reform to the Arabic-speaking Middle East. Countries like Libya, Egypt and Syria are at the forefront of calls for sweeping changes in human rights and freedom of speech. The impact of events taking place now will be felt for years to come. Arabic is already a “language to know” for those in the know for 6-figure government positions and Fortune 500 companies working in developing markets. Even politically, countries in the West are trying to reach out to the cultures of the Middle East to try to strengthen what in the past has been an uneasy alliance. The spread of democracy, say experts, would mean many more business opportunities.

For nearly two decades, AmeriSpan has been a leader in language immersion schools. “Over the last few years, we have seen interest in Arabic schools skyrocket. The job opportunities are countless for people with firsthand knowledge of the culture, the language and the people,” said John Slocum, Co-Founder of AmeriSpan Study Abroad.

This type of program allows students to quickly gain a natural fluency in the language, but also learn about the people and interacting in the local culture. This crucial insight will make AmeriSpan participants increasingly more valuable to employers in a variety of fields. As things continue to progress in the region, it will get more important than ever for students to have Arabic skills and experience here.

To learn more about AmeriSpan, visit the organization's site at http://www.AmeriSpan.com or call their toll free number 1-800-879-6640 to speak with someone directly. In addition to opportunities to study Arabic abroad, AmeriSpan offers other language and cultural study programs that give students a practical edge in a globally competitive world.

Founded in 1993, AmeriSpan Study Abroad offers more than 100 study abroad, language-learning and volunteer programs worldwide for participants of all ages and language level. The Philadelphia-based organization has long been an innovator in the study abroad field, building its reputation by offering high quality, low cost language immersion programs. In September 2010, the company was awarded its 2nd consecutive ‘Star Award’ as the Best Agency in North America, and is up for another in 2011. The industry's prestigious Star Award is voted by organizations worldwide and awarded annually.