Frank Jenkins, a Kentucky personal injury attorney, cites new preliminary reports of a 5 percent jump in car accident fatalities from 2011 to 2012, including a 3 percent increase in Kentucky. 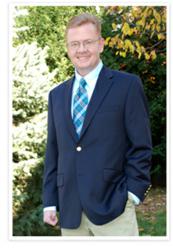 What’s truly disheartening about this is that we know that car accidents are chiefly caused by such reckless behavior as drunk driving, distracted driving, speeding and other types of aggressive driving.

Lexington car accident lawyer Frank M. Jenkins III said today that all Kentuckians should be concerned by preliminary data that indicate the first year-to-year increase in motor vehicle accident deaths in the U.S. since 2005.

“The National Safety Council says there was a 5 percent increase in fatal car accidents nationwide in 2012 and that Kentucky posted a 3 percent increase in motor vehicle fatalities as well,” said Jenkins, founder of the Frank Jenkins Law Office. “The increase in car accident deaths is not only the first in seven years for the nation, but it’s also a reversal for Kentucky, which had fewer in 2011 compared to 2010.”

Jenkins was referring to a National Safety Council (NSC) report that says approximately 36,200 motor vehicle fatalities occurred in 2012. This marks a 5 percent increase from 2011, the first year-to-year increase since 2004 to 2005, the report says.

The NSC also estimated there were 3.9 million personal injuries in car accidents that required medical attention in 2012, a 5 percent increase from 2011.

“What’s truly disheartening about this is that we know that car accidents are chiefly caused by such reckless behavior as drunk driving, distracted driving, speeding and other types of aggressive driving,” Jenkins said.

National Safety Council President and CEO Janet Froetscher said in a news release that the upswing in traffic fatalities represents “new challenges, especially as it relates to teen and distracted driving, that need to be addressed on a national scale.”

Jenkins said studies show that distracted driving, in particular texting while driving and other use of cell phones behind the wheel, as well as speeding and aggressive driving (improper passing, frequent lane changes, following too closely, etc.), are more prevalent among younger drivers.

The Frank Jenkins Law Office investigates car accidents in the development of personal injury and wrongful death lawsuits on behalf of people hurt by reckless and negligent drivers in Kentucky. Jenkins said anyone who has been injured or lost a loved one in a traffic accident of any kind should contact an experienced car accident attorney to review the circumstances of their case.

“The NSC study also points out that the cost of motor vehicle deaths, injuries and property damage in 2012 was about $276 billion,” Jenkins said. “People who have been unjustly hurt in a car wreck because of someone else’s negligence deserve to be compensated for their losses. The Frank Jenkins Law Office will continue to stand as their advocate in Kentucky.”

About the Frank Jenkins Law Office