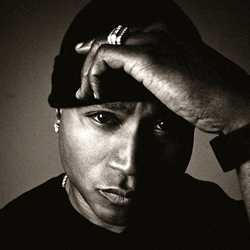 "It’s such a pleasure for us to bring some of the most respected legends of Hip-Hop to the Triangle area", said promoter Sulaiman Mausi, president of the DOME Group, Inc.

Two-time Grammy®-winning recording artist, LL COOL J featuring DJ Z-Trip, will headline the “Kings Of The Mic” Tour, which will prove to be this summer’s ultimate Hip-Hop music experience. Joined by legendary artists Ice Cube, Public Enemy and De La Soul, the Tour will kick-off May 23, 2013 in Tucson, AZ and wrap-up in Los Angeles, CA on July 7, 2013. This tour underscores what true authentic Hip-Hop music is based on, with these groundbreaking artists bringing their music to fans across generations. “The Kings Of The Mic” tour will visit 26 cities, including Durham, NC at DPAC, Durham Performing Arts Center, on June 16 presented in partnership with the DOME Group, Inc. as part of Cool Summer Nights at DPAC.

"It’s such a pleasure for us to bring some of the most respected legends of Hip-Hop to the Triangle area", said promoter Sulaiman Mausi, president of the DOME Group, Inc. "Music lovers in the area will love the balanced experience that having a show like this at the DPAC will offer. It's going to be a game-changer."

The tour will come on the heels of the release of LL’s 14th new studio album, Authentic, on April 30, 2013 on 429 Records/The Savoy Label Group. The multi-platinum artist returned to the studio and kicked the volume up to create a powerful album that came from his true passion for music and would speak to his fans. Celebrating his 30th year in music, Authentic features the iconic rapper in his element. The Album is anchored by LL’s expressive attitude where his sensitive side is as present as his slicing lyrical switchblades. Authentic comes to life with crazy club jams, tender tracks, personal tributes, and hard-hitting commentary addressing the current hip-hop climate.

First introduced to the world in 1984 as a Def Jam Records flagship artist, LL is the first rap artist to amass ten consecutive platinum-plus selling albums. The multi-platinum artist and two-time Rock and Roll Hall of Fame nominee is currently tied for third place for most Billboard chart debuts by a rapper. For three decades, LL has continued to influence hip-hop with rap ballads that captivate generations of audiences. Since then, the veteran rapper has evolved his scope of work across entertainment appearing in numerous television and film roles, among many other projects. LL currently stars on one of the consistently highest rated shows on television, the CBS hit primetime drama series, "NCIS: LOS ANGELES." His performance on the show has garnered him a NAACP Image Award for "Outstanding Male Actor in a Drama Series" three years in a row (2011 - 2013).

As much as technology, business and society have changed since the 1980s, one thing has remained constant: Ice Cube has been a premier cultural watchdog, astutely commenting on, examining and detailing the breadth of the American experience in uncompromising terms with an unflinching honesty and a sobering perspective, as well as a deft comedic touch that has endeared him to several generations of fans. After penning the most memorable lyrics on N.W.A’s groundbreaking songs, including “Straight Outta Compton,” Ice Cube left the group at the peak of its popularity – a move that led him to one of the most successful careers in music history. As a solo recording artist, Ice Cube has sold more than 10 million albums while remaining one of rap’s most respected and influential artists. In addition to a successful solo career in music, Ice Cube is also an accomplished as writer, director, actor and producer in cinema who’s credits include ‘Boyz In The Hood,’ the ‘Friday,’ ‘Barbershop’ and ‘Are We There Yet’ franchises, and most recently ’21 Jump Street.’ Cube is gearing up for several film releases this year as well as his 10th solo album release, ‘Everythang’s Corrupt.’

In early 2012, Public Enemy kicked off their 25th anniversary by staging a free concert in downtown Los Angeles’ notorious Skid Row. Just a few blocks away at the Grammy Museum, a special exhibit was being installed in their honor. No other group could possibly mark a career milestone quite like this. Every bit as compelling as their startling first single, “Public Enemy #1,” when it was released in 1987, Public Enemy have never stopped urging to fight the power as their artistry meets with unwavering critical acclaim and legions of worldwide fans. Fans that drove their single, “Harder Than You Think,” into the UK’s Top 5 last summer and prompted the Rock and Roll Hall of Fame to induct the group in 2013 - their first year of eligibility.

De La Soul is an American hip hop trio best known for their eclectic sampling, quirky lyrics, and their contributions to the evolution of the jazz rap and alternative hip hop subgenres. With its playful wordplay, innovative sampling, and witty skits, the band's debut album, 3 Feet High and Rising, has been called "a hip hop masterpiece." It is the band's biggest commercial success to date, with their subsequent albums selling progressively less, despite receiving high praise from critics. A measure of 3 Feet High and Rising's cross-over appeal was the fact that it was voted Album of the Year by NME, a title better known for its taste in guitar-based music. In 2006, the group won a Grammy for their collaboration with Gorillaz on the single "Feel Good Inc."

About DPAC
Since its opening in 2008, DPAC, the Durham Performing Arts Center, has become the center for live entertainment in the Triangle. Recognized for its contemporary design, DPAC features 2,700 seats, intimate sightlines and state-of-the art sound and video. Listed four times in the top 10 in Pollstar magazine’s annual worldwide theater attendance rankings, DPAC is currently the #5 ranked theater in the U.S.