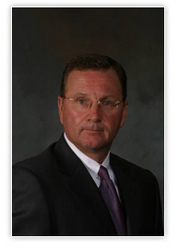 It's an honor to be chosen for this role, and I hope that I can be of service to those who are committed to representing the unfortunate victims of preventable food-poisoning incidents.

Louisiana attorney Richard J. Arsenault will bring his knowledge and experience with food safety issues to a new leadership role within the American Association for Justice.

Arsenault recently was named co-chair of the AAJ’s Foodborne Illness Litigation Group, assuming a role that will allow him to lead educational programs and provide litigation support to attorneys across the country that represent victims of food poisoning.

“Statistics show how widespread and serious the problem of foodborne illnesses is in our country,” says Arsenault, a partner in the law firm of Neblett, Beard & Arsenault of Alexandria, Louisiana. “It’s an honor to be chosen for this role, and I hope that I can be of service to those who are committed to representing the unfortunate victims of preventable food-poisoning incidents.”

According to the Centers for Disease Control and Prevention, nearly 76 million foodborne illness cases occur in the United States every year, including those involving foods contaminated with pathogens such as E. coli 0157:H7, Salmonella, Hepatitis A, Shigella, Norovirus, Campylobacter and Listeria.

The AAJ, which is the world’s largest trial lawyers organization, formed the Foodborne Illness Litigation Group to help address this problem. The group focuses on legal actions and claims for personal injury and other damages claims arising from the manufacture, production and distribution of contaminated foods.

Arsenault, a veteran of complex civil litigation, has more than 25 years of experience in filing class-action and individual lawsuits across the United States on behalf of victims of waterborne and foodborne illnesses.

His firm, Neblett, Beard & Arsenault, also recently launched an informative website called My Food Advocate, which provides detailed information about foodborne illnesses and the pathogens and foods associated with them.

“It’s important to bring more attention and awareness to foodborne illness and food safety,” says Arsenault, who has lectured around the country.

Over the course of his career, Arsenault has been recognized for his contributions to the plaintiffs’ bar as both a litigator and published author. He has been selected for inclusion in the 2011 Best Lawyers of America, 2010 Bar Register of Preeminent Lawyers, 2010 American Trial Lawyer’s Association’s Top 100 Trial Lawyers (Louisiana), 2010 Louisiana Super Lawyers and 2010 Best of the United States. He currently holds an AV rating from Martindale-Hubbell, the highest rating available.