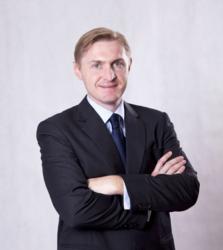 Charles d’Haussy has just been appointed member of the Executive Committee of Lucibel. He is currently in charge of marketing products for the group in the Chinese market, under the brand Lucibel Paris, and from the Lucibel's subsidiary based in Hong Kong.

Age 33, graduate from ESC Rennes School of Business in 2002 and of the University of Guangzhou (China) in 2005, Charles d’Haussy began his professional career as sales manager in China for Pier Import. He then became General Manager of Everfast, a Hong Kong company over the batteries and rechargeable batteries segment.

In 2009, he created Diligent Group (based in Hong Kong), specialized in the lighting sector. In 2011, Diligent leaned on the Lucibel group to develop their sales from China of LED lighting products, made by Lucibel in their factory in Shenzhen. Charles d’Haussy was later appointed Vice President of Asia Sales for the Lucibel group, all while maintaining his duties as Managing director of Diligent Group.

For Frédéric Granotier, CEO of Lucibel, “Charles d’Haussy’s nomination to the Executive Committee, beyond the recognition of his talent and his skills, strengthens the international dimension of Lucibel , and notably the weight of Asia in the organization, where the group grows more than 50% of its sales.” For Charles d’Haussy, “The LED lighting know-how of Lucibel have been a trump card for the success of our Asia Pacific hub”.

About Lucibel:
LUCIBEL is a French company that develops innovative lighting solutions combining guaranteed savings and quality lighting, designed for communities, professionals and individuals.
In France, LUCIBEL designs its products and lighting solutions based on LED (Light Emitting Diod), and assembles them in China in their own factory in order to guarantee the quality and longevity of the product.