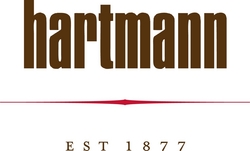 Hartmann is taking part in the event by donating more than $16,000 in product for BAFTA/LA's silent auction which will enhance outreach and scholarship programs for the trade organization. The donation includes pieces from Hartmann's new Luxe Collection, along with items from their signature Tweed, Belting Leather and Wings Collections.

About BAFTA/LA
Serving as the bridge between the American and British entertainment communities, BAFTA/LA is a professional non-profit organization founded in California in 1987 to promote and advance original work in film, television and interactive media.

BAFTA/LA's outreach programs benefit members and other professionals working within the entertainment industry, as well as the Los Angeles community at large. BAFTA/LA provides exclusive access to screenings, Q&A's with talent and filmmakers, conversations with leading UK-based film and television executives, and the Heritage Archive, featuring broadcast-quality interviews with distinguished British members of the film and television industries. Educational outreach for students and the Los Angeles community includes an after-school screening program for inner-city youth at the Helen Keller Park Recreation Center and a recent partnership with FilmAid to mentor young filmmakers. Additional programs include seminars in association with local universities and festivals, scholarships for post-graduate programs, and recognizing professional and student talent with awards at film festivals throughout the U.S.

Maintaining a long tradition of recognizing the finest filmmaking and television talent, BAFTA/LA hosts a series of social networking events, including the Annual BAFTA/LA-Cunard Britannia Awards, the BAFTA Film Awards Brunch, the Annual Garden Party, and the Awards Season Film and Television Tea Parties in January and September. BAFTA/LA is affiliated with BAFTA in London, and members vote annually for the prestigious BAFTA Film Awards. For more information on BAFTA/LA, visit http://www.baftala.org.