From 29th of September to 2nd of October, Maitreya with his channel Margaret McElroy arrives in Banglore, India for a special event held in the Pyramid Valley by the 5th Global Congress of Spiritual Scientists. 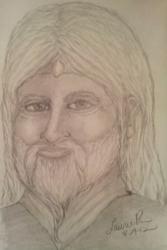 Become the person you were meant to be, not the person the world has conditioned you to be. ~ Maitreya”

Maitreya travels to India for the first time with his Channel Margaret McElroy. From 29th of September to 2nd of October, Maitreya with his channel Margaret McElroy arrives in Banglore, India for a special event held in the Pyramid Valley by the 5th Global Congress of Spiritual Scientists. During this special event, with the energy of Maitreya, Margaret McElroy will be conducting a beautiful gong meditation in the Maitreya pyramid. This is a rare opportunity for people to experience the wonderful energy of Maitreya. Come and experience Maitreya’s words of wisdom on variety of topics around the theme of metaphysics and spirituality.

Margaret McElroy is an internally renowned clairvoyant, spiritual teacher and channel for the energy known as Maitreya. Margaret has been channeling Maitreya since 1992, and has traveled all over the world to bring this spiritual energy to the globe. In 1999 Margaret even channeled Maitreya to a group within the United Nations. Maitreya is well-known in Eastern culture as the future Buddha, and he can also be referred to by the names Maitreya Buddha, or Mi Le Fo. Maitreya’s messages are about living a life based on your own truth and being your own master. He posts regular messages through his channel on his Maitreya World Teacher Facebook Page.

The 5th Global Congress of Spiritual Scientists is hosted by the Pyramid Group, and is a unique platform created for spiritual teachers to share their wisdom, perspectives, and experiences with spiritual seekers across the globe. The Pyramid Group, founded by Brahmarshi Patriji, has the sole mission to create intense awareness about the science of meditation. The Pyramid Group’s primary role lies in providing physical, mental and intellectual health and well-being to all.