Marianne Pittard of RE/MAX River and Sea ends 2007 with a record 10.7 million in sales volume and is named one of Oregon's top producers. 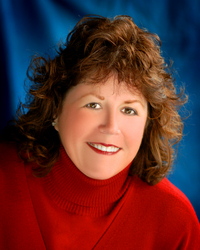 Local broker associate Marianne Pittard was the recent subject of a feature article in the RE/MAX Times, and for good reason; in 2007, Pittard closed 30 transaction sides and produced a total sales volume of $10.7 million.

Pittard's banner year has been the subject of national acclaim, earning her a spot in the RE/MAX Platinum Club. Membership in this elite club is one of the highest honors that can be bestowed upon RE/MAX professionals. Additionally, Pittard was voted the year-to-date top individual producer among agents in Oregon's Pacific Northwest region.

Pittard credits her success in 2007, a year that suffered from a slower market, to the educational tools and resources provided by the international RE/MAX network and the positive support of the professionals with which she works. Marianne also participates in the "Sold for the Cure program," donating a portion of each commission to the Susan G. Komen for the Cure foundation.

Pittard considers real estate to be both her profession and her passion and manages to produce maximum sales while also offering exemplary customer service. "My clients become my friends," says Pittard. "The people I serve enrich my life."

Prior to her career in real estate, Marianne Pittard was a national sales manager for Nabisco. She also served as director for the Clatsop Association of Realtors for three consecutive terms, and is a past "Broker of the Year" award winner. Her educational credentials include ABR (Accredited Buyer Representative), CLHMS (Certified Luxury Home Marketing Specialist), e-Pro, GRI (Graduate Realtor Institute), and SRES (Senior Real Estate Specialist).

For more information, or to schedule an interview with Marianne Pittard, please contact RE/MAX River and Sea at (503) 738-9552, or vist her website