Mass Money Makers kept up its record-setting pace on Day 3 of its ClickBank launch. The Internet marketing cash-generation product continues to dominate the digital marketplace and the major search engines with top billing at both. 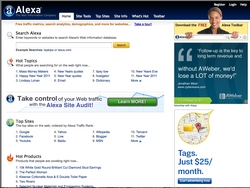 As of press time, Google returned 812,000 exact results on the product’s name. Without quotes around Mass Money Makers, that figure soared to around 7,370,000.

As Day 3 of its launch drew to a close, Mass Money Makers continued its record-setting assent. The cash-generating product, which was developed by Internet marketing gurus Matt Bacak and Alen Sultanic, maintained its leader board status on the ClickBank digital marketplace yesterday and once again topped the Alexa search engine as the Hottest Topic of the day. A full 72 hours into its official début, and worldwide interest in Mass Money Makers hasn’t even begun to wane. In fact, the product is still growing in popularity.

As they strive to make ClickBank history, Bacak and Sultanic are keeping a watchful eye on Mass Money Makers’ figures. The statistics they’re turning up, however, are surprising even them. “We knew this product was going to be huge,” admits Bacak, “but even we couldn’t have foreseen that it would outrank New Years in popularity on New Year’s Eve.”

When he makes that claim, Matt Bacak is actually downplaying the situation. Truth be told, Mass Money Makers trounced New Years at Alexa, snagging the number one Hot Topic position to the holiday’s number four. That top positioning also holds a twinge of sweet payback for Bacak and Sultanic, who were told they were crazy for trying to launch Mass Money Makers in the midst of the holiday season. Now they’re proving the naysayers wrong with search engine stats that rival Santa Claus’s popularity.

And Alexa isn’t the only search engine backing up Mass Money Makers’ continuing popularity. As of press time, Google returned 812,000 exact results on the product’s name. Without quotes around Mass Money Makers, that figure soared to around 7,370,000.

Bacak and Sultanic are, of course, thrilled to be taking the Internet by storm, but their vision is more closely focused on the ClickBank prize. Their Mass Money Makers remained the number one product in the e-business and e-marketing category for the second straight day, returning a $35.86 average dollar amount per sale two days running. That was enough to score the cash-generation system a 50.0% average percentage per sale and an 868.11 gravity ranking.

That number puts Mass Money Makers at just about half of its goal. Bacak and Sultanic are aiming high, hoping to register a virtually unheard of gravity ranking of 2,000 before all is said and done. “People keep saying a number like that is impossible, but those are the same people who called me crazy. I like proving such individuals wrong,” he jokes.

Internet marketing disbelievers who are changing their tune as they watch Mass Money Makers shatter predictions still have time to get in on the action. They can learn more by contacting Tamara Smith at (770) 623-3008, or they can sign up as a promoter right away by visiting http://www.massmoneymakers.com.