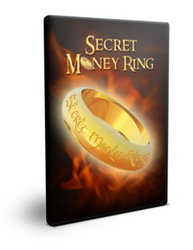 Just two weeks ago, Internet marketing legend Matt Bacak made his first foray into the ClickBank marketplace with “The Secret Money Ring.” Late last week, the results of that trial run came in, landing Matt Bacak and his product squarely at the top of the ranking charts of the Internet’s leading retailer of digital products. As of press time, “The Secret Money Ring” had secured a number one slot in the promotion category with a gravity ranking of 214.98. This figure also positioned the product at number three in the promotion category in terms of overall ClickBank popularity. In addition, it solidly placed “The Secret Money Ring” as one of the top 2,000 most trafficked Web sites in seven major countries, according to Alexa, a leading Internet statistics and Web traffic information provider.

ClickBank defines gravity as the “number of distinct affiliates who earned a commission by referring a paying customer to the vendor’s (in this case, Matt Bacak’s) product(s) (in this case, “The Secret Money Ring”). For each affiliate paid in the last eight weeks,” ClickBank “adds an amount between 0.1 and 1.0 to the total. The more recent the last referral, the higher the value added.” In other words, gravity represents the number of affiliates who have sold “The Secret Money Ring” in the last eight weeks.

According to CB Graph, “A gravity level [on ClickBank] of ‘20’ is definite proof of a great sales page.” Bacak has managed to outperfom that coveted performance level tenfold by achieving a gravity ranking of 214.98 in just two short weeks. With six more weeks still to factor into that figure, the sky may in fact be the limit for “The Secret Money Ring” in terms of its ClickBank success.

Bringing together the strategies that secured Bacak a record-breaking 14,987 customers in just seven days and that then enabled him to sit back and watch $293,583 per month pour in thereafter, “The Secret Money Ring” had already proven itself to Bacak personally. Even he, however, is elatedly surprised by how well the product has been received on the ClickBank marketplace.

“This was my first ever ClickBank offer and I couldn’t be more pleased with the results,” enthuses Matt Bacak. I would not, however, have attained this level of success so quickly without the 925 people who sent traffic to ‘The Secret Money Ring.’ I owe each and every one of them for the speed with which I broke the 5,000 sales barrier. This experiment has proven that when you combine a great product with a great affiliate team, you can indeed differentiate yourself from the 25,000 ClickBank product pack and rise to the alpha position.”

For more information on the product that secured Matt Bacak a ClickBank gravity rating of 214.98, contact Tamara Smith at (770) 623-3008. To learn more about how to generate record-breaking customer acquisitions and ongoing passive income, sign up for instant access to “The Secret Money Ring” online at http://www.secretmoneyring.com.