The snow should be beginning to disappear across most of the UK with light showers and slightly warmer temperatures allowing a thaw, don’t get used to it though as experts and the Met office prepare even colder weather ahead. 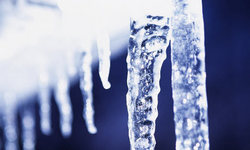 Thaw expected in the UK

Men’s fashion retailer ChoomKa.co.uk announces the launch of their new winter jackets line up from the top brands across the UK. With 3 bitter cold months ahead and more snow predicted for January the launch of this new line up couldn’t be more perfect.

ChoomKa owner Lee said “I think these new designer winter jackets will be a welcome addition to the market, the snow may be defrosting but it is still bitterly cold outside.” Lee went on to say “Finding the right winter jacket online can be difficult as pictures don’t really give you an idea of what is suitable for winter, that is why we went to great lengths to touch and test out every one of our winter jackets.”

The MET Office predicts that although we may not see as much snow throughout the rest of January temperatures will remain low with chill winds making it even colder. Although most of the country is expected to be warmer than last week, strong winds will, in effect, push temperatures below zero. Gusty weather will move across Scotland and northern England on Monday and Tuesday, reaching the rest of the country by the middle of the week.

About ChoomKa:
http://www.ChoomKa.co.uk launched in January 2010 boasts integration into the internet’s most popular social networks including Google, FaceBook, Yahoo and Twitter. ChoomKa aims to make men more social whilst shopping for fashion online.