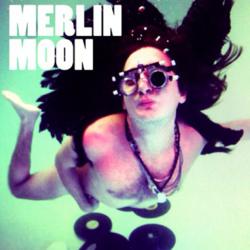 Merlin Moon, a client of Internet Marketing Company, announced today that the rock sensation has gone viral effortlessly with an explosion of online followers. The musician reports over 45,000 Facebook likes and 27,000 Instagram followers.

"Merlin Moon has clearly gone viral and we have yet to launch our marketing campaign," said Merlin Moon's agent, Jonathan Dahan of MMC Agency, formally known for his early stage marketing strategies with Black Eyed Peas, Danger Mouse and Adelitas Way. "Fans are telling us what they want, they're into the music, which will push Merlin Moon out there even more. Seeing the same pattern with some of the talent we've worked in the past, this could be big."

Facebook's mission is to give people the power to share and make the world more open and connected. Facebook users communicate and share information through the social graph, the network of connections and relationships between people. With more than 900 million active users, Facebook is the fourth-most trafficked website in the United States.

In 2007, the Facebook Platform was launched to empower developers and entrepreneurs around the world make the Web more social for users. Millions of Facebook users return to the site each day, providing unparalleled distribution potential for applications and the opportunity to build a business that is highly relevant to people's lives.

Merlin Moon formed in 2006 in Boston. In 2007, he recorded his first promo album called "Stoned by Dreams." His first live performance was in Los Angeles in 2008. Since then, Merlin Moon has performed in the underground scene and put on mainstream shows across the US including opening for Dave Navarro, The Smithereens and The Wild Child, various venues in Boston, Miami, New York, and Los Angeles, as well as at the famed House of Hype party at the Coachella Music Festival. The rock artist has been featured in several magazines including In Touch Weekly, Flaunt Magazine, and the upcoming issue of Obscene Magazine.

Merlin Moon's main objective, in his own words, is to connect with youth and open the doors in their minds for them to dream, live through passion and choose the road less traveled. The music is inspired by classic rock and reggae.