Company thinks there are better ways to cut back military funds than to deny tuition assistance. 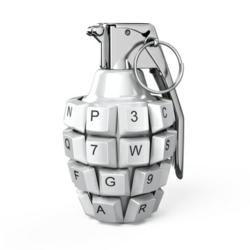 MilitaryRecords.us.org is disappointed that college tuition assistance for active duty service members has been cut, along with other aid for homeless veterans, according to company officials. The company feels that servicemen and women deserve college aid and not the backlash of the government sequestration.

According to Fox News, last week it was decided that the tuition assistance program, that provides soldiers with up to $4,500 per semester for classes, would be discontinued. Army officials said this could affect over 200,000 soldiers who used the program in 2012 (Fox News).

MilitaryRecords.us.org shares that there is a backlash from the military community about these recent decisions. A White House petition was created, and as of Wednesday, it had over 90,000 signatures. There is less than 10,000 signatures needed to reach the goal of 100,000 by April 7, 2013.

The petition states: "In spite of our country's current economic situation and the polarizing politics involved, Service Member benefits such as tuition assistance should not be compromised as a result. Access to higher education is important to service members as it allows for career and professional advancement." MilitaryRecords.us.org couldn't agree more.

The company can only hope the Obama administration will listen to the plea of supporters and grant these benefits back to the deserving U.S. military force.