The new mixtape is presented by Coast 2 Coast Mixtape Promotion and Dynasty Records. 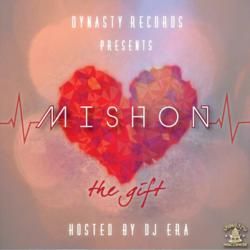 “Success does not come overnight,” he said. “I will stop at nothing to reach the top and show the world Mishon is here to stay,” says Mishon.

R&B Singer, songwriter, and producer Mishon (My-Shawn) is a Southern California native who is determined to make a career in the music industry. From a very young age, he has pursued his passion for making music by singing in various competitions and performing shows around the country. Inspired by Michael Jackson, Usher, Jodeci and N’Sync, Mishon takes his talent serious and always aims to please his fans.

His single “Just A Kiss” peaked at number 2 on BET’s 106th & Park and number 13 on the Billboard’s R&B charts. To date, Mishon has reached several milestones including performing on BET’s Black College Tour, a role on ABC’s “Lincoln Heights” and performing on Soul Train. His unique style has gained him global fans and over 10 million YouTube views. Mishon has also opened for many artists including Rihanna, T-Pain, Bow Wow, Day 26, Mario and Trey Songz,.

On a mission to create quality music for fans to enjoy, he has released the “The Gift' mixtape which features a combination of classic and new age songs. Mishon will release several projects this year as he continues to be a trendsetter in his craft. Keep up with all Mishon updates by visiting his Twitter.