It’s more than Paddy the Leprechaun who’s getting shaken up at Leapin’ Leprechaun headquarters these days. The game’s developer, Mobile Magnus, has just done some major spring cleaning, clearing out the original development team and replacing them with a more experienced crew from the USA and Ireland. 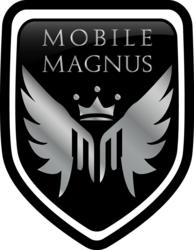 According to a recent AppStore HQ research report, as of July 2010 there were 43,185 iOS application developers. Two years later, with new iPhones and iPads having since been released, that number is likely substantially higher. And with the vast majority of these developers putting out games, it’s extremely difficult for a new game developer to stand out among the overcrowding.

Mobile Magnus, which released its first game, Leapin’ Leprechaun, earlier this year managed to differentiate itself despite the odds being stacked against it. In fact, it cracked the iTunes App Store’s Top 10 list and soared to number one in several countries. Mobile Magnus, however, isn’t taking any chances on that success being beginner’s luck.

To maintain the momentum Leapin’ Leprechaun garnered in the gaming community, the company recently let go its international developers and replaced them with a highly experienced development team from the USA and Ireland, where Leapin’ Leprechaun takes place.

“We now have the lead designers in Ireland and a brand new group of rockstar developers in the USA,” explains Mobile Magnus’s spokesperson, William McCarthy. “Our new developers have developed many best-selling games and are avid gamers themselves. As a result, they understand gamers’ needs and can ensure we continue making games people will play every day.”

The previously published titles they’ve had a hand in developing are compatible with the PlayStation, PlayStation 2, PlayStation 3, PlayStation Portable, XBox, Xbox 360, Wii, DS, GBA and Sega Saturn game consoles. The new development team members are no strangers to the iPhone mobile gaming community either. Indeed, six of the titles they developed are currently available at Apple’s App Store.

To learn more about the developer shake-ups going on at Mobile Magnus, visit the company online at http://mobilemagnus.com/. For more information on the game that started it all, check out Leapin’ Leprechaun on the itunes at: http://itunes.apple.com/us/app/leapin-leprechaun/id521644028?mt=8