The new K-12 science framework criticized for not expecting students to use analytical mathematics for studying science problems. MonolithIC 3D Inc., a Silicon Valley company, says this hurts American competitiveness in science and technology, and calls for immediate revision. 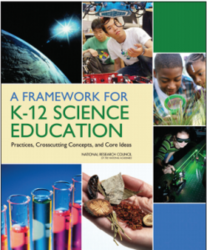 The new framework for K-12 science education has come in for criticism.

The new Framework for K-12 Science Education published last month by the National Research Council has come in for criticism. MonolithIC 3D Inc., a Silicon Valley company, says the framework does not call for using analytical mathematics such as algebra, trigonometry and calculus for studying science problems. Mathematical concepts are the foundation of scientific work and therefore the framework needs immediate revision, according to the company. The K-12 Science Framework plays the role of guiding science education in American high schools, and is seen as a vital element in determining American competitiveness in science and technology.

These issues came to the fore in a blog-post written by Ze’ev Wurman, an executive at MonolithIC 3D Inc. and former senior policy adviser at the US Department of Education. Wurman reviewed the new K-12 Science Framework published by the National Research Council and said, “I am dismayed that the framework does not expect students to use any kind of analytical mathematics for studying science. The framework also indicates its goal is to have American students become good consumers of scientific and technological information. It is a stunning development when the premier science body in the nation effectively gives up on American students and asks our schools to raise science and technology consumers instead of science discoverers and technology creators. Our international competitors do just the opposite and produce an ever-growing share of skilled scientists and technologists.” A detailed version of Wurman’s review can be found here.

Over the past few years, there has been increasing concern about American competitiveness in science and technology. According to the National Science Foundation, the United States produces around 70,000 engineers every year. Estimates for other countries such as India and China are significantly higher, with studies quoting that roughly a million engineers are produced every year in these countries. In addition, about 22 percent of students enrolled in bachelors programs in engineering in the United States leave their program after the first year, according to the National Science Foundation. A competitive high-school science program is seen as a way to offer students a sound foundation and tackle this alarming statistic.

Zvi Or-Bach, MonolithIC 3D Inc. President and CEO said: “In the September of 1995, I was honored to join Gordon Moore of Intel and Bill Gates of Microsoft in a letter to Congress to reform the US immigration laws. Already then foreign students accounted for one-third to one-half of U.S. graduate school enrollment in engineering and science, and we had recognized that both short-term immigration-based actions, as well as long-term education-based solutions, are needed. The initiatives currently launched by the U.S. Citizenship and Immigration Services are welcome and positive for US engineering leadership in the short term. In the long term though, our country’s engineering leadership will depend on this Science Framework proposed by the National Research Council. We hope the National Research Council will prepare a better K-12 science framework immediately, and if not, we request the US Congress to step in.”

About MonolithIC 3D Inc.
MonolithIC 3D Inc. is an IP company dedicated to innovation in semiconductor design and fabrication. It invented and developed a practical path to the monolithic 3D Integrated Circuit, which includes multiple derivatives for Logic, Memory and Electro Optic devices. The company was recently selected as a finalist of the Best of Semicon West 2011, which recognizes the most important product and technology developments among the 746 exhibitors at Semicon West. More information about MonolithIC 3D Inc., including detailed technical information, can be found at http://www.monolithic3D.com.

The new framework for K-12 science education has come in for criticism.

Ze’ev Wurman, a MonolithIC 3D Inc. executive and former Senior Policy Adviser at the US Dept. of Education, says he is disappointed with the new K-12 science framework.