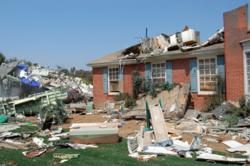 "When it comes to helping people in need, our employees always come through,” says Walter Ledda, Morgan Drexen CEO and Founder.

Morgan Drexen (http://www.morgandrexen.com) employees left their suits and other traditional corporate attire at home Friday, November 9, to raise money for victims of “Superstorm” Hurricane Sandy. Workers were allowed to wear jeans to work in exchange for a minimum donation. The day-long event raised more than $1,000, with all proceeds going directly to the American Red Cross, which is spearheading Hurricane Sandy relief efforts.

“When it comes to helping people in need, our employees always come through,” says Walter Ledda, Morgan Drexen CEO and Founder. “We’ve all seen the devastation caused by Hurricane Sandy and in fact many people in our building have loved ones who were directly impacted by the storm. We also have clients and colleagues who were affected, so this certainly hits close to home.”

Hurricane Sandy is the largest Atlantic hurricane on record, and the second-costliest Atlantic hurricane in U.S. history, surpassed only by Hurricane Katrina in 2005. The storm is blamed for at least 110-deaths in 10-states. The storm killed dozens more in the Caribbean. Early estimates put the damage total in the United States at more than $50 billion. The storm affected at least 24-states, from Florida to Maine and west to Michigan and Wisconsin. New Jersey and New York were hardest hit, with the storm surge causing severe flooding damage in both states. Thousands of homes were destroyed.

The American Red Cross has dispatched more than 5,400 workers to assist in the recovery efforts. The group has set up hundreds of shelters and helped clothe and feed tens of thousands of victims. The Red Cross says financial donations make the greatest and most immediate impact. To donate, click here.

Morgan Drexen’s most recent “denim day” added more than $450 to a fund established for families of two good Samaritans electrocuted while trying to help a car accident victim in Valley Village in August. To date, that fund has grown to nearly $3,300. Morgan Drexen, a provider of software and paraprofessional services for the legal industry, employs more than 340 people in Costa Mesa, CA. The company is active in numerous charities including Children’s Hospital Orange County, Make-a-Wish® and Big Brothers Big Sisters.