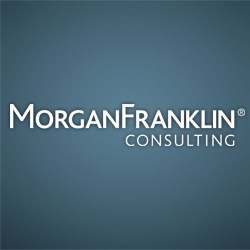 This announcement underlines our serious intent in London. We now have in place five distinguished financial and business figures with a diversity of experiences, yet all have a deep understanding of how transformation builds major success.

MorganFranklin Consulting, an international business operations improvement and transformation firm, has underlined its growth and investment in the UK and Europe with the appointment of a top-level advisory board of five well-known City of London business leaders. Hans Christian Iversen, Managing Director of MorganFranklin Consulting in London, today announced the appointment of advisers Clive Ansell, former president of BT Global Services; John Harley, the former head of European mergers and acquisitions at Ernst & Young; David Pitt-Watson, a leading figure in the UK pension industry and former head of Hermes Focus Fund; Ian Smith, the former head of Oracle UK; and Tim Steel, the former chairman of Cazenove Capital Management in London.

MorganFranklin’s London office, based at St. Paul’s, was established in 2007 and has been expanding to support European clients and US customers with global operations. In 2012, MorganFranklin was named one of the leading business transformation consultancies in the United States.

“This announcement underlines our serious intent in London. We now have in place five distinguished financial and business figures with a diversity of experiences, yet all have a deep understanding of how transformation builds major success,” said Iversen, who joined MorganFranklin at the start of 2013. “Delivering strategic transformation is the primary aim for our clients as we grow MorganFranklin in Europe. I am thrilled to have such an illustrious group of professionals join our advisory board and bring a wealth of high-level corporate business experience that we can leverage.”

Clive Ansell previously served as group strategy director of BT Group and regional director for London, where he played a core role in the London 2012 Olympic bid team. While at BT, Ansell undertook a range of executive jobs, including chief negotiator and architect with Ofcom on the UK regulatory settlement for BT’s national telecom strategy. He also launched BT’s Openreach business. Ansell is patron of Crimestoppers, a charity focused in reporting crime, and previously served as chairman of London Crimestoppers. “I’m delighted to be joining the advisory board. Many major corporates are required to make fundamental changes in the way they operate. This is a great opportunity to help build MorganFranklin as the leading transformational change business based in London,” Ansell said.

John Harley served as a partner with PricewaterhouseCoopers (PwC) and Ernst & Young before retiring in early 2011. Since the mid-1990s, Harley focused on the technology, media, and telecommunications (TMT) sector and more recently on private equity, serving as Ernst & Young's Global Sector leader. He is now deputy chairman of the University of Brighton, senior adviser to Alvarez & Marsal, and chairman of Groundwork London, one of the UK’s leading charities. On 1 April 2013, Harley will begin his appointment on the Competition Commission panel, and he is also a fellow of the Institute of Chartered Accountants in England & Wales (ICAEW). “I am looking forward to working with Hans Christian and his team to apply my past experiences in developing successful professional services businesses for the benefit of MorganFranklin," Harley said.

David Pitt-Watson was co-founder and managing director of Braxton Associates (now part of Deloitte Consulting). He also served as a director of Hermes Fund Managers, where he was responsible for shareholder activist funds and the establishment of the Hermes Equity Ownership Services, which now has more than £80 billion in assets under advisement. Pitt-Watson has been a prolific active investor in underperforming quoted companies and is an expert commentator on the pension industry and institutional investment in the UK. He was also an adviser to the Labour Party and to UK Prime Ministers Tony Blair and Gordon Brown. “I’m looking forward to working with my MorganFranklin colleagues. Their disciplined approach and commitment to work promises the delivery of exceptional client service,” Pitt-Watson said.

Before retiring in November 2008, Ian Smith was head of Oracle UK and one of the company’s most successful managing directors, responsible for increasing Oracle’s market share in the UK’s leading corporate clients. Prior to joining Oracle, he spent five years at BT as managing director of customer service. Smith is currently non-executive director of Vaultex UK, a joint venture between HSBC and Barclays responsible for cash management systems. Since 2009, he has been chairman of Young Enterprise, the leading charity providing enterprise education in schools, colleges, and universities. “I am delighted to be joining the advisory board of MorganFranklin Consulting in London. I’m proud of the legacy that I’ve been able to leave on the organisations I have worked with. I’m keen to help leaders across a number of industries and I see MorganFranklin as a significant player in the sphere of business transformation,” Smith said.

Tim Steel became a partner at Cazenove Capital Management in 1982 and was president of the US business in New York until 1989. From 2000 to 2009, he was managing director and chairman of Cazenove, and he has been recognised for building a strong and successful business on behalf of clients. Presently, Steel is non-executive director of ProPhotonix, an AIM-listed technology company, and non-executive chairman of Castle Alternative, a Swiss fund of hedge funds listed on the London Stock Exchange. He is also chairman of Committed Capital, a boutique corporate finance house for fast-growing businesses. “Hans Christian Iversen encouraged me to join the new advisory board in London, and I am delighted to do so. This is a critical time for many large businesses as they weather the recession, and a high-level consultancy with strong leadership can make an immense impact,” Steel said.

About MorganFranklin
MorganFranklin Consulting, with headquarters in Washington, D.C., and the City of London, provides business operations, financial advisory, and IT consulting solutions to companies in a wide range of industries including telecommunications, energy, retail, and technology. The firm supports clients in implementing their strategies and plans for growth, compliance, and business improvement. In 2012, MorganFranklin was named to Consulting magazine’s “Best Firms to Work For” list and the Inc. 500|5000 list of the fastest-growing private companies in America. To learn more about the company and its capabilities, visit http://www.morganfranklin.co.uk.