She Doesn't Want Flowers for Mother's Day 2013: A New GoBankingRates Guide to Giving Mom What She'll Really Like

As Mother’s Day 2013 approaches, most sons and daughters will turn to flowers as their go-to gifts. However, personal finance site http://www.GoBankingRates.com finds that flowers are a waste of money because most moms don't really want them, and releases a guide to getting Mother's Day gifts she will actually like. 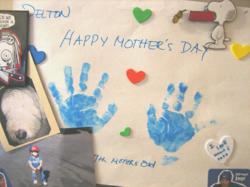 You might be a little too old to expect your mom to 'ooh' and 'aah' over a macaroni noodle-plastered, glitter-bombed masterpiece — but that doesn’t mean she wouldn’t love something homemade.

Consumer spending on Mother’s Day 2013 is expected to total $20.7 billion, with the average shopper spending $168.94, according to a survey from the National Retail Federation (NRF). However, personal finance site GoBankingRates.com found that what gift givers plan to get the mothers in their lives aren't actually what moms truly want, resulting in wasted dollars on the holiday.

For example, the NRF survey reports that two in three gift givers (68.2 percent) plan to give flowers as a Mother’s Day gift, even though a Credit Donkey survey estimates that less than one in four mothers (22.5 percent) actually want to receive them.

So what is a son or daughter to do? Elyssa Kirkham, editor for GoBankingRates, explains that the best Mother's Day gifts may also be the most frugal.

"Thoughtfulness goes a lot further than dollars do to show mothers what they mean to us," says Kirkham, adding, "You might be a little too old to expect your mom to 'ooh' and 'aah' over a macaroni noodle-plastered, glitter-bombed masterpiece — but that doesn’t mean she wouldn’t love something homemade.”

In fact, according to Credit Donkey, over a third of moms wanted to receive something homemade (36 percent).

GoBankingRates' Mother's Day 2013 guide lists numerous gifts ideas that are not only easy on the wallet, but match what moms want most this year.

“When you know what your mom really wants, it makes it easier to choose a gift that is thrifty and thoughtful, rather than guessing or making impulse buys,” Kirkham points out. “Plus, you’re also giving your mother the gift of knowing she raised a smart spender who knows how to budget.”

See the full guide to getting Mom what she really wants.
For questions about this guide or to speak with Elyssa Kirkham, please use the contact information below.