My Car Lender (http://www.mycarlender.com), a company that provides auto financing services nationwide, reacts to a new study from Experian Auto, highlighting why an increase in auto loan delinquencies is a positive indicator for US auto sales. 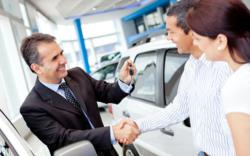 An increase in the delinquency rate indicates that more subprime auto loans are being originated, which means car shoppers with less-than-perfect credit may find it easier to get approved for financing.

My Car Lender, one of the nation's leading providers of auto financing services for consumers and lenders alike, is reacting in a potentially surprising manner to Experian Auto's latest analysis of automotive credit trends. That study, released on February 21, 2013, shows that auto loan delinquency rates rose in the final quarter of 2012 for the first time since 2009. Although a rise in the percentage of borrowers who where 60 days delinquent on their auto loans would seem to be a negative factor, the team at My Car Lender is encouraged by these numbers, as they indicate an easing of credit approval standards among banks and lenders, especially for applicants with subprime or "bad" credit.

Although subprime auto loans did not suffer nearly as much as subprime mortgages during the recession, many lenders tightened up their approval standards nonetheless. It became much harder for consumers to get approved for auto loans with bad credit, and those who did secure a loan often did so under the burden of even higher interest rates or more stringent terms. An increase in the delinquency rate indicates that more subprime auto loans are being originated, which means car shoppers with less-than-perfect credit may find it easier to get approved for financing.

"An easing of approval standards bodes well for the US auto industry as a whole," remarked the company's president. "Today, more than 70% of new car shoppers fund their purchase through a car loan, and given that more than 25% of American consumers have subprime credit scores, this means a substantial segment of the market will have an easier time getting behind the wheel of a new car or truck."

An in-depth discussion of this trend, as well as links to relevant resources, can be found on the company's blog.

About the Company: founded in 2009, My Car Lender matches new and used car shoppers with a lender or dealer willing to fund their loan. With an extensive array of relationships throughout the industry, as well as a highly-sophisticated application placement platform, the company is quickly becoming an indispensable resource for consumers in need of a new or used car loan.