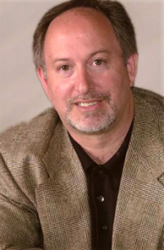 According to the National Highway Traffic Safety Administration, more than 800,000 people suffer from whiplash every year.

According to the United States Department of Transportation, over the last decade there was an average of 5 million automobile accidents every year resulting in more than 2 million injuries annually.

Perhaps the most common auto injury is whiplash, caused by a sudden movement of the head in any direction.

How does whiplash occur? "It is the result of muscles and ligaments supporting the spine becoming strained or torn. Whiplash symptoms include neck pain or stiffness, pain between shoulder blades, blurred vision, fatigue, headache, and dizziness to name a few," says Dr. Mark Harris, D.C., a chiropractic expert in whiplash injury and owner of Trinity Mills Chiropractic.

“Often times auto accident victims are not aware of the damage caused by whiplash. Symptoms sometimes do not appear immediately. It can take days to appear or may not even surface for months, or even years,” says Dr. Harris.

“I urge people who have been in even minor accidents to get their condition checked, whether they feel immediate pain or not. In some cases early detection of whiplash can significantly decrease long-term consequences. Even after whiplash victims settle insurance claims, almost half suffer with symptoms even two years later,” Dr. Harris explains.

According to the National Highway Traffic Safety Administration, more than 800,000 people suffer from whiplash every year. Costs related to whiplash total more than $5 billion annually. Today most cases of automobile whiplash, are covered by insurance companies. In-fact your insurance may cover at 100%.

Where can people find out more about a Dallas, TX chiropractor and Dr. Harris? Visit http://www.ndallaschiro.com to learn more.