“Can you stop the bleeding?” The New Job Interview Question, and the New Realities of Career Transition are Revealed by NETSHARE’s Kathy Simmons

The employment landscape has drastically changed for “A-Players,” according to Kathy Simmons, in a recent interview on Total Picture Radio. “Top performers are accustomed to being “headhunted” by recruiters. Now, for the first time in their careers, they are having to job hunt. They’re stunned when phone calls aren’t returned, have no idea of how to update their resumes, and, quite honestly, are overwhelmed.” There’s more... 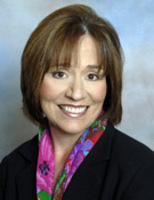 He had a really strong sense of what his value proposition was, and how to pitch it. He was really working on where’s the pain? How can I get rid of your pain? Again, it comes back to sales, it comes back to marketing. You have to understand where the pain is and how you can solve that problem.

In her career as president and CEO of NETSHARE, Kathy Simmons has been through a number of recessions, but none like this one. “I always used to say people hired for two reasons: can you make me money or can you save me money?" She told Peter Clayton, the host of Total Picture Radio. "Now, it’s can you stop the bleeding?" For those still employed, Simmons' assessment is simple: “No matter what your job was before, you’re in sales now.”

Simmons is the guiding force behind NETSHARE and its ongoing evolution as a Web-based community for $100k plus executives who are seeking jobs, as well as opportunities to network with their peers and build a personal "brand" online. Simmons has made it her mission to help NETSHARE members harness the Internet to advance their careers. In her third interview on Total Picture Radio, Simmons must address a far different set of career options and strategies NETSHARE members are facing than her last appearance on the program recorded in July, 2007. Total Picture Radio is a popular career development podcast produced and hosted by Peter Clayton.

NETSHARE, a confidential, subscription based career site targets employment opportunities and executives in the $100,000-plus market. Clayton’s first question: “Kathy, do you have any $100,000 plus quality job listings on NETSHARE? Do those still exist?” Simmons responded, “We do have quality jobs. We are getting quite a few jobs. Not however,” she joked,” from AIG!” (NETSHARE has current $100,000 plus job listings from Agilent Technologies, Blue Cross Blue Shield, Genworth Financial, Integra LifeSciences, Interwoven, Life Technologies, Travelers Insurance, Unisource Worldwide, Verisign, among many others.)

Simmons has a unique perspective on the national employment scene. NETSHARE holds monthly face-to-face networking meetings in major metropolitan areas across the country. “This is such a schizophrenic kind of market right now,” Simmons said, “When I go to the meetings in Dallas, there is a lot more activity in Texas than in other parts of the country, like the Midwest.”

One trend Simmons discussed: “What's interesting is the big upsurge in very good consulting and interim level positions... That’s a trend I believe will continue, until the economy recovers.” Simmons confirmed there were a number of interim executive positions on her job board. “I think there is a big distinction between what I call a consultant and what I call an interim executive,” she explained, “There are many companies looking for people who will come in and execute the plan, because... the work is still there. They may not have the bench strength as full time employees, and they're hesitant about adding to their FTE count. What they're looking for is a seasoned executive, not a newly minted MBA; they want someone who actually can hit the ground running and has faced this problem before and will work with their in house team all the way through to completion.”

Commenting on a recent article Simmons wrote on her career advice blog, “The Executive Update,” Clayton said, “Here is another trend that we’ve never seen before, Kathy. You wrote about one NETSHARE member who had four job offers rescinded because of the economy. Fortunately for this individual, the fifth job offer struck. What were some of the takeaways from that experience?”

“One of the most important things,” Simmons responded, “people have a tendency to want to pursue one thing to the end and then you always start back at zero. So it means that you always want to run parallel strategies.” Elaborating on the successful job search from her blog, “He had a really strong sense of what his value proposition was, and how to pitch it. He was really working on where’s the pain? How can I get rid of your pain? Again, it comes back to sales, it comes back to marketing. You have to understand where the pain is and how you can solve that problem."

The 26 minute podcast interview with Kathy Simmons in located in the Career Transition Channel of Total Picture Radio. Her feature page contains a full transcript of the interview.

About NETSHARE:
NETSHARE is a confidential membership service developed for executives who are actively pursuing a new position or proactively managing their careers. NETSHARE currently serves several thousand highly experienced senior executives from a variety of industries around the country.

NETSHARE's exclusive executive membership has established it as one of the most efficient and reliable resources for executive recruiters and human resource professionals, as well. Our members are highly-qualified, motivated executive candidates who have been tapped to fill hundreds of upper-level senior management positions with America's leading companies. NETSHARE is Forbes choice as Best of the Web for Executive Jobs every year since 2000.