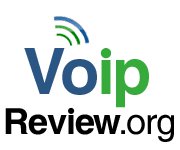 Missing a call from a very important number is oftentimes not an option. Users who subscribe to VoIP (Voice over Internet Protocol) for their phone service, though, have access to features that will help them avoid missed calls.

Whether they are traveling, making a run to the grocery store, or simply in the other room, users are bound to miss a few calls. However, missing a call from a very important number is oftentimes not an option.

Users who subscribe to VoIP (Voice over Internet Protocol) for their phone service, though, have access to features that will help them avoid missed calls. Unlike traditional phone service, which uses analog relay to send phone calls, VoIP uses the Internet.

According to VoIP expert Rachel Greenberg, most VoIP providers offer dozens of features with their basic plans, including some that help users avoid missed calls. In fact, a few of the features many providers offer might eliminate missed calls altogether. To that point, VoIP Review has revealed 4 cool features that can ensure users never miss a call again.

Call forwarding is a user’s first line of defense against a missed call. A customer can use their attendant for automatic call forwarding based on certain requirements (time, date, caller ID) to determine how the call should be forwarded, or they can have a call forwarded manually by a receptionist or other employee.

With Find Me Follow Me, a customer can program their VoIP phone to forward their calls to one or a series of other numbers simultaneously or in sequence so they won’t miss any incoming calls while away from the office or out of the house.

Find Me Follow Me is like a contingency plan for missed calls. It creates an if-then scenario. If there is no answer at one number, then the feature will forward the call to the next number in the list, or it can call all the numbers (for example, a house phone and a cell phone) simultaneously so the customer can answer whichever is most convenient.

So, for example, the user might program incoming calls to ring first on their business VoIP phone, then on their home phone, and then on their mobile phone if there is no answer on the first two numbers. In essence, a user could program every number they have into Find Me Follow Me so they never miss a call.

Simultaneous ring is a feature that can be used in conjunction with Find Me/Follow Me. Instead of sequentially moving down the user’s list of numbers, simultaneous ring, as the name implies, will forward incoming calls so that every number rings at the same time.

Failover will help users avoid missed calls during a power or Internet outage. Failover, sometimes referred to as failsafe by providers, is a form of call forwarding that only activates during these unique situations.

When failover detects the user’s IP phone has lost power or Internet connectivity, the feature automatically redirects incoming calls to a number of the user’s choosing. Failover is the ultimate back-up plan when avoiding missed calls.