David Resnick, a New York personal injury lawyer, says state lawmakers should allow the city to increase the use of the accident-reducing traffic cameras. 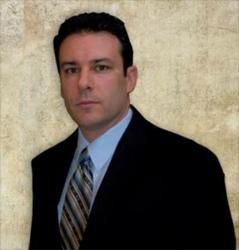 Lawmakers should clear the way for the installation of more traffic cameras in New York City in an effort to reduce car crashes and accidents, especially those involving pedestrians.

Increasing the number of red-light cameras in New York City would make the city’s streets safer, according to car accident lawyer David Resnick, and authorities should do whatever it takes to increase the use of these life-saving devices.

“Pedestrians are particularly vulnerable when crossing intersections, and the cameras help keep them safe,” Resnick said. “Cameras that catch speeders are another layer of protection for people walking and driving on our city’s streets.”

A spokesperson for the Bloomberg administration said statistics show the red-light cameras do what they are supposed to do -- deter people from running red lights and potentially causing a crash, according to an article in the New York Post. In 2012, the city issued 668,709 red-light camera tickets, down from 880,922 in 2011, the newspaper reported. The number of red-light camera violations hit a high of more than 1 million after the city increased the number of cameras in 2009 and has been decreasing ever since.

“Red-light cameras catch drivers who are breaking the law. If you don’t break the law, there is nothing to worry about,” Resnick said. “These cameras are an essential part of making sure people drive safely and follow the law, which can help prevent serious accidents.”

New York City has 12,000 intersections but has red-light cameras at only 150 intersections. The camera program began in 1993 and increased the number of cameras from 100 to the current 150 in 2009, according to a recent editorial in the New York Times. The city would like to add more cameras, including other types of cameras that could monitor street crime and catch speeders, but its efforts have been hindered by the state legislature, which must approve city traffic cameras.

“City officials should be able to decide what’s best for the city, not state legislators from all around the state,” Resnick said. “Lawmakers should clear the way for the installation of more traffic cameras in New York City in an effort to reduce car crashes and accidents, especially those involving pedestrians.”

The New York Times editorial called it “ridiculous” that a lawmaker from Rochester, who is head of the transportation committee, has control over public safety measures in the city. Cameras can fill in enforcement gaps at a time of budget cuts and reductions in traffic policing, the editorial said, saving lives and money.

“It is imperative that New York be allowed to use effective ways to enforce its speed limits and traffic rules,” the editorial stated.

According to the newspaper, in late 2012, 21 members of New York’s City Council and several city health advocates and good-government groups appealed to state lawmakers to allow more cameras to make the streets safer. In 2011, 143 pedestrians were killed and more than 10,000 injured in traffic accidents on city streets.

“The most important thing here is to keep our citizens safe,” Resnick said. “Politics should not get in the way of public safety.”

Resnick said victims of car accidents should seek help from a qualified New York City car accident lawyer like those at his firm. “The legal team at David Resnick & Associates has the experience to get the best possible resolution for our clients,” he said.