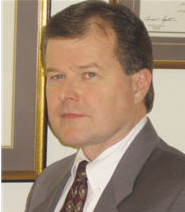 Fighting in court to protect the rights of seriously injured people is a very satisfying career.

New York personal injury attorney Nicholas I. Timko of Kahn, Gordon, Timko & Rodriques, P.C. law firm has been named by New York Super Lawyers magazine as one of the top attorneys in New York every year since 2008. Only five percent of the lawyers in the state are named by Super Lawyers.

Nicholas I. Timko is the managing partner of the firm of Kahn, Gordon, Timko & Rodriques, P.C. having joined the firm of Kahn & Gordon in 1998 to create the current firm.

He recently completed a term as president of the New York State Trial Lawyers Association, traveling around New York and speaking out in support of the Seventh Amendment right to a trial by jury and the civil justice system. He has 25 years of experience and was admitted to practice in New York & Pennsylvania in 1983. Attorney Timko is licensed to practice law in New York and Pennsylvania states. He is dedicated to promoting public safety through the civil justice system by holding corporations, businesses, government agencies, hospitals, doctors, manufacturers and individuals accountable when their conduct causes harm and loss to members of the public.

“Fighting in court to protect the rights of seriously injured people is a very satisfying career. Holding wrongdoers accountable for hurting people helps make everyone safer," said Timko. "I am proud to be a trial lawyer and look forward to continuing the battle to preserve our constitutional right to a trial by jury.”

The selections for this esteemed list are made by the research team at Super Lawyers, which is a service of the Thomson Reuters, Legal division based in Eagan, MN. Each year, the research team at Super Lawyers undertakes a rigorous multi-phase selection process that includes a statewide survey of lawyers, independent evaluation of candidates by the attorney-led research staff, a peer review of candidates by practice area, and a good-standing and disciplinary check.

Founded in 1998, the lawyers at Kahn, Gordon, Timko & Rodriques, P.C. have more than 25 years of combined experience. For more information about the firm please contact us online or call 212-233-2040.