A new partnership between TVNZ and Ginx TV will give TV viewers in New Zealand fresh and engaging coverage of gaming, and provide gaming with more mainstream exposure. 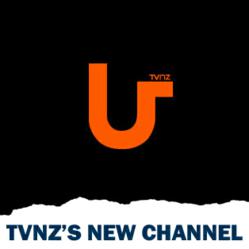 U will offer the first dedicated strand of gaming content on free to air television in New Zealand.

Eric Kearley, TVNZ’s Head of Digital Channels and Digital Media, is delighted that U will offer the first dedicated strand of gaming content on free to air television in New Zealand.

“Video gaming is an increasingly popular entertainment option for New Zealanders but until now hasn’t had much in the way of mainstream exposure. On U we’ll cater for people who want to learn more about games, trial games and experience new games in a broadcast environment.”

Ginx TV is the world’s leading and fastest growing global operator of video gaming channels and producer of gaming television shows. It produces and distributes gaming content to the UK, Spain, South Africa, Israel and the Middle East and has launched 24/7 channels in Indonesia and Turkey.

“We know the youth audience is clued in to gaming and we are looking forward to welcoming them to the global Ginx family.

“Video gaming has become a pervasive part of everyday life, on a par with radio listening in many countries. In that respect we are going to bring U’s viewers fresh and engaging gaming coverage, be that about console, pc or handheld titles”.

The Ginx gaming content will screen every night on U at 10.30pm. Titles that will screen on U include: The Ginx Files, Gameface, Faster, Games Evolved, That Hollywood Thing and Gamesport.