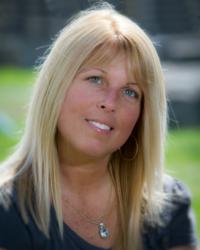 As an adoptee, the work that Mixed Roots is doing on behalf of all adoptees not only nationally but globally is something that I want to be a part of and more importantly I see a great need for the work that is being done by Mixed Roots

On Wednesday, September 5, 2012, the Board of Directors of the Mixed Roots Foundation unanimously voted Pam Kroskie to serve as the first Vice President of Development for the foundation. As an adoptee, Pam has extensive work experience with serving as an advocate on adoptee rights as well as organizing various activities that promote more awareness of the adoption experience including founding / hosting her own Blog Talk Radio Show that highlights the work of adoptees and their families nationwide. Pam also currently sits on several boards of other adoption organizations including the American Adoption Congress.

“I am very excited and ready to take Mixed Roots to the next level by serving as the newly appointed vice president of Mixed Roots”, expressed Pam Kroskie. “As an adoptee, the work that Mixed Roots is doing on behalf of all adoptees not only nationally but globally is something that I want to be a part of and more importantly I see a great need for the work that is being done by Mixed Roots that will ultimately benefit so many for generations to come!”

Pam will not only fulfill a new voluntary role with the Mixed Roots Foundation, but she will also be recognized and honored for her work on adoptee rights at the Congressional Coalition on Adoption Institute (CCAI)’s Angels in Adoption™ program, which will honor more than 150 Angels nationwide, at an awards ceremony and gala event this week in Washington, DC on Wednesday, September 12, 2012.

“With Mixed Roots Foundation in its second year - we are still in the start-up stage - our primary goal now is fundraising”, stated Maria Wren, founding board director and chair of Mixed Roots Foundation. “We are very confident with Pam’s skills with not only her own personal experience of being adopted, but her previous work with the adoptee community, she will be a very valuable asset to Mixed Roots in helping us reach out to the greater community which will hopefully garner the funds needed to make a local and global impact”, Wren added.

Current Mixed Roots projects being worked on includes the Adoptee Mentor Program (AMP), matching adult adoptee mentors with youth who are also adopted, the Global Adoptee Genealogy Project (GAGP), helping adoptees and their families discover their own biological and cultural roots through DNA testing, and finally creating more awareness of the adoption experience through various signature Adoptee Night sports events as well as leveraging TV, radio and print in getting the message out about Mixed Roots to the general public and invite others to get involved and give to a great cause.