NFL officials on strike seeking 401(k) plan benefits from league may be able to adopt their own 401(k) plan if self-employed, thus, potentially solving the NFL labor dispute 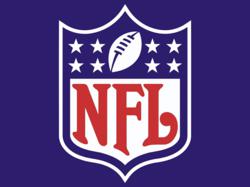 NFL officials are part-time employees. The majority of NFL referees have jobs outside the NFL. A NFL referee that earns self-employment income outside of the NFL would be able to adopt a Solo 401(k) Plan which could be used as a personal 401(k) pension plan. A major source of the ongoing labor dispute between the NFL referees and the league is largely based on referee compensation and pension benefit issues. The NFL officials are claiming that the NFL is seeking to freeze or reduce referee compensation, and then eliminate referee pension plans.

“Because NFL officials are part-time employees of the NFL a large number of these individuals may have other sources of income which would allow them to adopt their own solo 401(k) retirement plan, “ stated Adam Bergman, a tax attorney with the IRA Financial Group. “If a significant number of the NFL officials were able to adopt their own solo 401(k) plan and defer their other sources of income into their own retirement plan, that may persuade NFL referees from dropping their demand of having the NFL offer referee pension benefits, “ stated Mr. Bergman. "Although, the NFL referees would not be able to defer their NFL compensation into their solo 401(k) plan, having the opportunity to defer other sources of income into the plan could allow the NFL officials to still maximize their retirement benefits without being offered NFL pension benefits, stated Mr. Bergman.

A self-employed 401K Plan, also known as a solo 401K Plan or self-directed 401(k) plan was created to offer self-employed individuals and small business owners with no full-time employees other than the owner(s), the ability to have a qualified retirement plan but without the administrative burdens of having a traditional 401(k) Plan.

There are many features of the IRA Financial Group’s Solo 401K plan that could make it so appealing for NFL officials with self-employment income sources:

Tax and Penalty free loan: IRA Financial Group’s Solo 401K plan allows plan participants to borrow up to $50,000 or 50% of their account value (whichever is less) for any purpose, including paying credit card bills, mortgage payments, or anything else. The loan has to be paid back over a five-year period at least quarterly at a minimum prime interest rate (you have the option of selecting a higher interest rate).

-Checkbook Control: With IRA Financial Group’s Solo 401k plan, a plan participant will be granted checkbook control over his or her retirement funds. With IRA Financial Group’s self directed solo 401K plan, the plan account can be opened at any local bank, including Chase, Wells Fargo, and even Fidelity. In addition, the plan participant can make almost any traditional as well as non-traditional investments, such as real estate, precious metals, tax liens, and much more.

-Roth Contributions & Conversion: IRA Financial Group’s Solo 401K plan contains a built in Roth sub-account which can be contributed to without any income restrictions. In addition, the Solo 401(k) plan allows for the conversion of a traditional 401(k) or 403(b) account to a Roth subaccount.

-Easy Administration: IRA Financial Group’s Solo 401(k) plan is easy to operate. There is generally no annual filing requirement unless the Solo 401(k) Plan assets exceeds $250,000, in which case a short information return with the IRS (Form 5500-EZ) must be completed.

“If the striking NFL officials seeking NFL pension benefits are made aware that they may be eligible to adopt their own solo 401(K) plan to defer their other sources of income that may decrease their demand that the NFL provide them pension benefits and, thus, potentially end the labor strike, “ added Mr. Bergman.

The IRA Financial Group was founded by a group of top law firm tax and ERISA lawyers who have worked at some of the largest law firms in the United States, such as White & Case LLP, Dewey & LeBoeuf LLP, and Thelen LLP.

IRA Financial Group is the market's leading provider of self-directed solo 401(k) plans. IRA Financial Group has helped thousands of clients take back control over their retirement funds while gaining the ability to invest in almost any type of investment, including real estate without custodian consent.