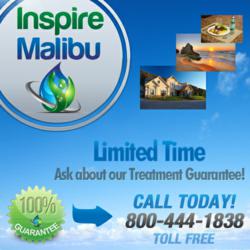 If parents and experts aren’t made aware that many of the products derived from research chemicals are manufactured with the sole intention of getting users high, we will undoubtedly have a problem of epidemic proportion.

Dr. Akikur Mohammad, Non 12 Step treatment pioneer and founder of Inspire Malibu, recognized by many as the top California rehab centers and Assistant Clinical Professor of Psychiatry and the Behavioral Sciences at the University of Southern California, announced today that are several new designer drugs hitting the streets in 2012 and parents, addiction experts and teachers all need to be vigilant and well-informed before innocent lives are lost.

According to Live Science, the latest designer drug to hit the streets is a potentially deadly substance referred to as “Smiles” or its scientific name 2C-I, which is being distributed in many areas on blotter paper like LSD, that users are ingesting in order to get a hallucinogenic high. The potentially lethal new compound contains research chemicals that can be broken up and snorted, smoked, swallowed or reduced to a liquid for injection. Since the effects of ingesting Smiles are similar to LSD, meth and MDMA, dangerous amounts of Dopamine and very low levels of Serotonin impact the user’s brain, which results in severely damaged brain chemistry and inevitable psychosis with prolonged use.

“Similar to Bath Salts, Smiles is a derivative of unstable research chemicals available online that are being repackaged and sold as designer drugs. Since the drug has a much longer half-life than other drugs, abusers stay under the influence longer, and after just a couple of days, a staggering number of users experience full psychotic breaks, which often result in extreme delusions, violent outbursts and severe depression,” said Dr. Mohammad.

Non 12 step treatment expert Dr. Mohammad continued, “If parents and experts aren’t made aware that many of the products derived from research chemicals are manufactured with the sole intention of getting users high, we will undoubtedly have a problem of epidemic proportion.” Mohammad added, “The manufacturers of Bath Salts have just altered the formula and repackaged the product as other ‘not for human consumption’ products like Smiles, which is a travesty. While legislators made Bath Salts illegal, the research chemicals used to make the products have not been controlled, which means that manufacturers will continue to produce these chemicals, package them as different products not outlawed and make them available to kids. Until research chemicals are controlled, this will be a never ending process and we must remain vigilant.”