The Drug Risk Resource Center is the Web’s largest source for information on prescription drug warnings, side effects and legal news. Visit http://www.DrugRisk.com 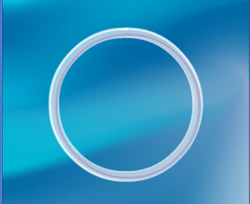 Anyone who suffered a blood clot, stroke, DVT or pulmonary embolism after using NuvaRing is urged to contact the DrugRisk Resource Center or speak with a lawyer about their legal rights as soon as possible.

The birth control safety advocates at DrugRisk.com are alerting women who’ve used the vaginal ring contraceptive NuvaRing of updated legal news added to the site - the federal court where more than 1,000 NuvaRing injury claims await litigation has delayed the start of trials until October.

“DrugRisk was created with the goal of improving patient safety through clear information. By providing the latest drug alerts, research, legal news and recalls, patients can see if others are experiencing similar side effects and decide if they need legal advice,” explains DrugRisk representative Ryan Mayer.

DrugRisk has also compiled the latest figures from the FDA, which show more than 5,300 adverse reports have been filed among women using NuvaRing devices.** The most common side effects were 1,177 occurrences of pulmonary embolism and 1,155 reports of thrombosis or deep vein thrombosis. Over 30% of cases resulted in hospitalization while 3% ended in death**.

Due to the number of patients filing a NuvaRing lawsuit, approximately 1,097 cases have been consolidated to a special federal court in Missouri. The formal case is known as In re: NuvaRing Products Liability Litigation, No. 08-md-1964, JPML, Eastern District Missouri. Other cases have been moved to a multi-county court in New Jersey***.

Now, DrugRisk has learned that U.S. District Judge Rodney Sippel, who presides over the federal cases, issued an order on March 8th delaying the start of the first NuvaRing trial until October 21, 2013. The New Jersey court has scheduled its first trial to start on May 6, 2013****.

The added time before the start of trials will allow those patients who have not yet learned about their legal options time to do so.

Anyone who suffered a blood clot, stroke, DVT or pulmonary embolism after using NuvaRing is urged to contact the DrugRisk Resource Center or speak with a lawyer about their legal rights as soon as possible.

Due to the specialized nature of federal MDL drug injury cases, DrugRisk only recommends lawyers and law firms who have already handled NuvaRing lawsuits.

For more information on the research, NuvaRing side effects and litigation news related to NuvaRing and other drugs, or to speak with a lawyer, visit http://www.DrugRisk.com.